Students planning careers in aviation or aerospace now have an extended opportunity to apply for competitive scholarships offered through the Flight Path Museum at LAX. The new application deadline is June 26, 2020. 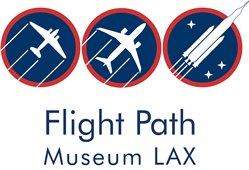 Students planning careers in aviation or aerospace now are offered an extended opportunity to apply for competitive scholarships offered through the Flight Path Museum at Los Angeles International Airport. The museum board has extended the application deadline to June 26, 2020.

“These annual scholarships have given a valuable boost to the education and careers of numerous students,” said Huff. “A previous winner now is a commercial airline pilot and others are well on their way to exciting careers in aviation.”

Flight Path’s Pete Conrad Scholarship was named for the famed Apollo 12 and Gemini 11 astronaut, a man who walked on the moon and set a space endurance record. It is supported by proceeds from the museum’s annual Gala and other donations.

The Anton Acherman Scholarship, created in memory of Westchester resident and distinguished mechanical engineer Anton Acherman, is funded by his family, friends, neighbors and local businesses.

The Clay Lacy Scholarship was established by one of Southern California’s most notable commercial pilots and aviation entrepreneurs. Clay Lacy has generously funded this scholarship for many years. He has been actively involved with the museum’s scholarship committee in selecting awardees.

The Morrey Plotkin Scholarship perpetuates the legacy of Flight Path’s founding chairman. Morrey Plotkin was a successful business leader and a longtime benefactor of the museum as well as several other community organizations. The scholarship was established and funded by the Plotkin family.

Flight Path Museum's mission includes the preservation of Southern California ’s aviation and aerospace heritage as well as encouragement and assistance to those pursuing education and careers in these fields. For more information on scholarships, our new gift shop and a virtual museum tour experience, visit http://www.flightpathlax.com.