FlureeDB is a database optimized to meet modern enterprise application requirements and provide a powerful infrastructure on which to build and deploy custom permissioned blockchains. 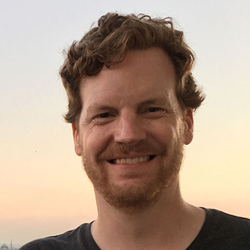 FlureeDB packages up all the powerful database features that satisfy modern enterprise requirements, combines them with an immutable, time-ordered blockchain core ledger, and delivers to enterprises a practical and powerful infrastructure on which to build, distribute, and scale custom blockchains.

After a successful 8-month beta program with over 700 registered participants, Fluree PBC has officially released FlureeDB – a blockchain database built to power enterprise-grade applications – in production for general use.

FlureeDB can run internally as a highly-performant graph database to power standard business applications, but can also be distributed and decentralized – in its entirety – across an established network of participants known as a “permissioned blockchain.” Permissioned blockchains provide entities in a consortium with a transparent ledger of transactions that is immutable by nature and decentralized with no central authority. FlureeDB’s ability to deliver these characteristics in a familiar database format promises transformative implications for industries such as Supply Chain Management, Insurance, Real Estate, Fintech, and more.

“FlureeDB packages up all the powerful database features that satisfy modern enterprise requirements, combines them with an immutable, time-ordered blockchain core ledger, and delivers to enterprises a practical and powerful infrastructure on which to build, distribute, and scale custom blockchains,” said Brian Platz, Co-founder and Co-CEO at Fluree PBC. “It is my hope that the flexibility FlureeDB provides developers will be leveraged to pioneer practical deployments of enterprise blockchains and usher in a new era of decentralization, business transparency, and industry collaboration.”

A number of companies have already announced their use of FlureeDB for their service and product offerings, citing its powerful database capabilities with blockchain features as key value propositions in selecting their backend infrastructure. Included in this list:

Alpha Software Corporation, a rapid enterprise app development company with over 3,000 customers and named InfoWorld Technology of the Year, has announced its plans to leverage FlureeDB as a data source in its Alpha Anywhere and Alpha TransForm product offerings. Alpha Anywhere is a front-end and back-end, low-code, rapid mobile application development and deployment environment. Alpha TransForm allows non-coders to build and deploy smartphone apps in minutes. FlureeDB allows Alpha’s large developer and user base to incorporate blockchain capabilities into the apps they are developing on the Alpha platforms.

Benekiva, an insurtech platform focused on digitizing the life insurance claims process, uses FlureeDB to store policyholder signatures on an immutable ledger. This reduces the need for complex audits and also enhances the level of trust between policyholder, insurance company, and beneficiary. Benekiva plans to mature into a decentralized platform that will streamline contract and claims workflows across market participants in a consortium powered by FlureeDB.

SSBI, a major Indian consultancy and holding company, will represent FlureeDB in the Indian market. SSBI is initially focused on government records management and has developed a proof of concept expected to go into pilot shortly for one of India’s largest states.

One Donation, software that allows employees to engage in philanthropy through instant payroll deductions, is leveraging FlureeDB to provide a transparent and tamper-resistant platform for charitable giving. With blockchain finality, One Donation can provide proof that donations were allocated to their intended charitable cause.

Docsmore is a cloud-based Document Management and Facilitation platform focused on replacing paperwork with a digital model for document management. Using FlureeDB to store document signatures on an immutable ledger, Docsmore is able to provide its clients with an unprecedented level of tamper resistance and guaranteed data integrity.

"At Docsmore, we are thrilled to use FlureeDB as part of our continued commitment to innovation, security, and efficiency,” said Bobbie Shrivastav, Co-founder & CEO of Docsmore. “FlureeDB gives us the power to irreversibly guarantee that sensitive information was handled correctly and legally binding signatures were stored immutably.”

About Fluree PBC
Co-founded in 2016 by Flip Filipowski and Brian Platz, Fluree PBC is a Delaware-registered Public Benefit Corporation focused on enabling blockchain deployments for a wide range of industry applications. FlureeDB is the first solution that brings blockchain into the data tier with a fully-functioning and modern database. By leveraging blockchain as a core element in its underlying architecture, FlureeDB stands as a unique and needed infrastructure solution for building out enterprise-grade blockchain applications at scale.

About Flip Filipowski
Flip was the CEO, COO of Cullinet, the largest software company of the 80's and founder and CEO of Platinum Technology, Inc., 8th largest global software company at time of sale to Computer Associates for 4 billion dollars. Upside Magazine's Top 100 most influential people in Information Technology, winner of both the E&Y and the Merrill Lynch Entrepreneur of the year award. Winner of ADL's Torch of Liberty award. Recipient of the YPO Legacy Award.

About Brian Platz
Prior to establishing Fluree, Brian co-founded SilkRoad Technology which grew to over 2,000 customers and 500 employees in 12 global offices. Brian serves on the Board of Directors for Fuel 50, one of the highest growth HR technology startups, as well as several other boards in an advisory capacity. He is the co-founder of the popular A List Apart web development community.