Key New NEPC Review Takeaway: Much of the report’s analysis would be impossible in states with weaker transparency laws, thus pointing to the importance of oversight and transparency requirements in all states with charter schools and non-traditionally managed schools supported by taxpayer dollars. 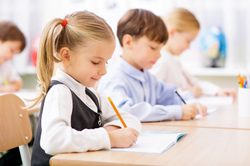 A recent report from the Thomas B. Fordham Institute examines academic outcomes in Ohio’s nonprofit and for-profit charter schools. It also explores whether differences in contracted services in for-profits appear to correlate with differences in their outcomes.

Joshua Cowen of Michigan State University reviewed For-Profit Charter Schools: An Evaluation of Their Spending and Outcomes and found a solid study accompanied by unfounded claims about the study’s findings and significance.

The study itself finds that for-profits typically contract for either staffing or other services and that those contracting for staffing perform especially poorly. Overall, it finds Ohio’s charters to perform well, but it finds that for-profit schools perform slightly lower academically than their nonprofit counterparts, and they perform worse than traditional schools in some areas as well.

Based on these findings, the report includes cautions about overregulation of for-profit charters but also raises concerns about virtual charters and charter schools that contract out for nearly all services.

Those are the report’s findings—but the report also includes an enthusiastic Foreword written by Fordham’s leaders (as opposed to the report’s authors). The Foreword departs from the study itself to draw the implication that charter schools should not be regulated “based on the [for-profit] tax status of their management organizations.” In reality, the report includes negative findings such as fewer students in for-profit charters earning diplomas, and it reinforces concerns about for-profit schools—particularly those that contract out for staff.

Professor Cowen also cautions that the report is limited in its focus on only Ohio, which has substantially more transparency than many states require for school choice options. He concludes that its relevance to policymakers is “mainly as a blueprint for the kind of oversight and transparency requirements all states with charter schools should require, and much of the Fordham analysis would be impossible in other states with weaker transparency laws.” As a result, the report offers little to inform policy and practice in dissimilar or nationwide contexts.

“Both the Fordham report and this NEPC review of it speak to the larger issue and indeed the larger problem of privatization in American education,” said Professor Cowen. “Oversight and transparency requirements are enormously important.”

Find the review, by Joshua Cowen, at:
https://nepc.colorado.edu/thinktank/for-profit-charters

Find For-Profit Charter Schools: An Evaluation of Their Spending and Outcomes, written by Stéphane Lavertu and Long Tran and published by the Thomas B. Fordham Institute, at:
https://fordhaminstitute.org/national/research/for-profit-charter-schools-evaluation-spending-outcomes