For the 5th Year in a row, Rainmaker Ad Ventures, Inc. Earns a Spot on Inc. 5000 List of America’s Fastest-Growing Private Companies with Three Year Sales Growth of 253%.

Rainmaker Ad Ventures Recognized by Inc. 5000 for 5th Year in a Row 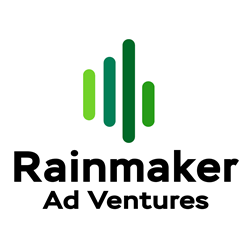 “It is an honor to be recognized by Inc. for the 5th year in a row and proof positive that that when you consistently overdeliver for your customers, always do the right thing, and value people and the planet in addition to profits, you can accomplish almost anything!” – Drew Kossoff, CEO

After debuting at #400 in 2015, Inc. magazine ranked Rainmaker Ad Ventures #1631 on its 2019 Inc. 5000 list, the most prestigious ranking of the nation’s fastest-growing private companies.

Inc.’s list represents a unique look at the most successful companies within the American economy’s most dynamic segment—its independent small businesses. Microsoft, Dell, Domino’s Pizza, Pandora, Timberland, LinkedIn, Yelp, Zillow, and many other well-known names gained their first national exposure as honorees on the Inc. 5000.

Rainmaker continues to accelerate its growth, improving its ranking by 2,178 spots over its 2018 position with a three-year growth rate of 253%. Additionally, this is Rainmaker’s fifth consecutive year making the list, putting it in elite company (only 4% of honorees have ever made the list five years in a row).

“It is an honor to be recognized by Inc. as one of the fastest growing private companies in American for the 5th year in a row. This is proof positive that the American Dream is still alive and well and that when you consistently overdeliver for your customers, always do the right thing, and value people and the planet in addition to profits, you can accomplish almost anything!” – Drew Kossoff, CEO

Not only have the companies on the 2019 Inc. 5000 been very competitive within their markets, but the list as a whole shows staggering growth compared with prior lists. Complete results of the Inc. 5000, including company profiles and an interactive database that can be sorted by industry, region, and other criteria, can be found at http://www.inc.com/inc5000.

Rainmaker Ad Ventures (http://www.rainmakeradventures.com) is an award-winning direct response media buying agency trusted by some of the world’s savviest marketers to drive their lead generation and customer acquisition efforts via high-volume email, display and native advertising. Their proven track record of success combined with a commitment to conscious capitalism has helped them earn a spot on the Inc. 5000 list of fastest-growing private companies in America for five years in a row.

About the Inc. 5000
The Inc. 5000 is a list of the fastest-growing private companies in the nation. Started in 1982, this prestigious list has become the hallmark of entrepreneurial success.
Methodology: The 2019 Inc. 5000 is ranked according to percentage revenue growth when comparing 2015 and 2018. To qualify, companies must have been founded and generating revenue by March 31, 2015. They had to be U.S.-based, privately held, for profit, and independent – not subsidiaries or divisions of other companies – as of December 31, 2018. (Since then, a number of companies on the list have gone public or been acquired.) The minimum revenue required for 2015 is $100,000; the minimum for 2018 is $2 million.