The Foreign Policy Research Institute (FPRI) is pleased to announce the appointment Robert D. Kaplan as the Robert Strausz-Hupé Chair in Geopolitics. 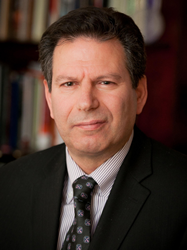 The Foreign Policy Research Institute (FPRI) is pleased to announce the appointment Robert D. Kaplan as the Robert Strausz-Hupé Chair in Geopolitics. He has served on FPRI’s Board of Advisors for many years and was awarded FPRI’s Benjamin Franklin Public Service Award in 2009.

“I have been loosely affiliated with FPRI for nearly 30 years, so this is sort of a homecoming. I am terrifically pleased at the appointment. Robert Strausz-Hupé was one of the great mid-20th century realists whose tradition I revere. FPRI has always been non-partisan and without ideology, a place where one can think bravely in terms of American interests,” Kaplan said.

Mr. Kaplan is the bestselling author of nineteen books on foreign affairs and travel, including The Good American, The Return of Marco Polo’s World, In Europe’s Shadow, Asia’s Cauldron, The Revenge of Geography, Monsoon, The Coming Anarchy, and Balkan Ghosts. He reported on foreign affairs for The Atlantic for three decades, and has held positions at Eurasia Group, Stratfor, and the Center for a New American Security.

Besides The Atlantic, Kaplan’s essays have appeared often on the editorial pages of The New York Times, The Washington Post, the Financial Times, The Wall Street Journal, and the Los Angeles Times, among others.

Kaplan was appointed by Secretary of Defense Robert Gates as a member of the Pentagon’s Defense Policy Board. He was also a member of the U.S. Navy’s Executive Panel. Foreign Policy magazine twice named him one of the world’s “Top 100 Global Thinkers.”

"Robert D. Kaplan is a brilliant geopolitical thinker, a renowned author and journalist, and a careful and nuanced scholar who has an extraordinary breadth of expertise and record of accomplishment. Much like FPRI's founder, Robert Strausz-Hupé, he is truly a renaissance personage and we are thrilled to welcome him to the FPRI family,” commented Rollie Flynn, President of FPRI.

The Foreign Policy Research Institute (FPRI) is an independent nonpartisan 501(c)(3) non-profit think tank based in Philadelphia, PA. FPRI was founded in 1955 by Robert Strausz-Hupé, a former U.S. ambassador. Today, FPRI’s work continues to support Strausz-Hupé’s belief that a “nation must think before it acts” through our five regional and topical research programs, education initiatives, and public engagement both locally and nationally. FPRI is dedicated to producing the highest quality scholarship and nonpartisan policy analysis focused on crucial foreign policy and national security challenges facing the United States.

Find out more at http://www.fpri.org.