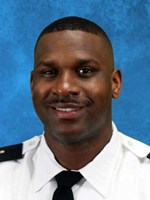 Barnette, who is starting his fifth year at the Academy, was the former Junior Prep basketball head coach in 2018 and is the current defensive coordinator for the Prep football team. The Salem, Va., native is a 2014 graduate of the University of Richmond and is also an Admissions Counselor at Fork Union Military Academy.

Joining Barnette’s Prep basketball staff is former professional athlete Sean Singletary, who comes to the Academy from LaSalle University where he was an assistant with the men’s basketball team. In 2008, Singletary graduated from the University of Virginia and was a three-time First Team All-ACC honoree and two-time All-American. He was drafted in the second round of the 2008 NBA Draft as the 42nd pick by the Sacramento Kings. The Philadelphia, Pa., native was eventually traded to the Charlotte Bobcats in 2009 and was assigned to the NBA’s Development League where he played two seasons. In 2009, Singletary started a three-year campaign playing abroad in Spain and Belgium.

To help lead our postgraduate football team, 2005 alumnus Phillip Merling will join head coach Frank Arritt as an assistant in charge of defensive line, tight ends, and community life. During his time at FUMA, Merling was the recipient of the Charles Graham Thomas Award for the best athlete in the Corps of Cadets.

After a receiving a full scholarship to Clemson University, Merling became a freshman All-American, was named the Defensive Line MVP his sophomore and junior campaigns and was named the first junior captain in Clemson history. He was the first four-time winner of the Atlantic Coast Conference Player of the Week Award since the 1960’s.

Merling entered the 2008 NFL Draft and was selected as the 32nd pick to the Miami Dolphins. During his five seasons in Miami, the St. Matthews, S.C., native earned second-team All-Rookie honors, was a two-time AFC Player of the Week (2010) and named NFL Captain for Monday Night Football (2010). Merling also played multiple seasons for the Green Bay Packers (2012-2013) and the Washington Redskins (2013-14).

Phllip Merling, the 32nd overall pick in the 2008 NFL Draft and All-American at Clemson University, named to coaching staff at Fork Union.