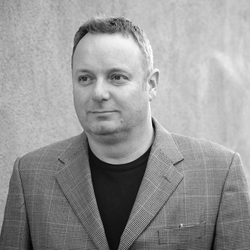 An industry visionary with over 30 years’ experience and his name on more than 70 technology patents, Dr Tupman will boost Eggtronic’s future strategic and technical development.

Eggtronic, the fast-growing startup company, leader in power electronics and wireless power, today announced the appointment of Dr David Tupman as strategic advisor. Dr Tupman is known worldwide as a tech innovator and as the former Apple iPhone and iPod vice president.

An industry visionary with over 30 years’ experience and his name on more than 70 technology patents, Dr Tupman will boost Eggtronic’s future strategic and technical development. This comes after the news of the launch of Eggtronic’s new high-end retail brand, Einova by Eggtronic, while a new ICs division will produce its first microchips starting the beginning of 2021.

“Eggtronic is an exciting company that is doing revolutionary work in its field,” Dr Tupman said of the appointment. “I’m honored to be involved with helping the company at this crucial juncture in its history.”

A dual citizen of the UK and US, Dr Tupman studied electronic engineering at the University of Salford. He was awarded an honorary doctorate by the university in 2014. He began his career in the late 1980s as a principal design engineer at Schlumberger, and from 1995–2001 as hardware engineering manager at Psion Computers.

In 2001, Dr Tupman joined Apple to develop the first iPod. He grew the hardware team and became the vice president of iPod and iPhone hardware engineering. During his innovation-rich, decade-long tenure, Dr Tupman was responsible for the hardware development of every iPod as well as all iPhones from the original iPhone to the iPhone 4s.

Since leaving Apple, Dr Tupman has brought vision and guidance to tech companies worldwide as through his consulting firm, Details Lab Inc. Dr Tupman is also on the boards of Pixelworks Inc and Cirrus Logic.

“I am extremely excited for this important addition to our team — David is the mind and the soul behind several industry-changing devices,” said Igor Spinella, CEO and founder of Eggtronic. “We will count on him and on the advisory of Mark Gretton, former CTO at TomTom, to strengthen our strategy and long term vision, as well as partnerships with other companies, which will benefit from our technologies. Together, we will be even stronger.”

About Eggtronic
Eggtronic has been revolutionizing the world of power electronics and wireless power since 2012. Based in San Francisco, Modena, Italy and Guangzhou, China, Eggtronic develops cutting-edge, environmentally-friendly and energy-efficient technologies, with more than 150 international patents granted worldwide. 2020 saw the launch of Einova by Eggtronic, a high-end retail brand, while a new ICs division will produce its first microchips starting the beginning of 2021. Whether through B2B partnerships or for everyday consumers, Eggtronic helps make modern life easier, more efficient and more connected.