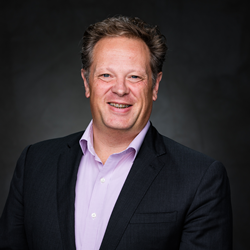 “Europe represents a unique opportunity for FourKites and we are committed to a hyper-local delivery model to account for the nuances of the local logistics operations” Mathew Elenjickal, FourKites’ founder and CEO

FourKites®, the leader in predictive supply chain visibility, today announced the appointment of Jochum Reuter as the company’s new vice president of European operations and the opening of a new European headquarters office in Amsterdam. These moves are the latest in a series of investments by FourKites designed to meet growing market demand, and to satisfy the unique needs of shippers and carriers across Europe.

Reuter will oversee FourKites’ Amsterdam office, which will serve as headquarters for the company’s continued expansion in Europe. Reuter has broad experience building networks of customers and partners in different parts of the world. He was previously global sales director of Safescan, a Dutch supplier of fraud prevention tools. Before that, Reuter served as director of international sales at Inchainge, a Netherlands-based supply chain management simulation company.

In the last two years, FourKites has steadily invested in Europe, equipping local customers with the tools they need to gain supply chain management visibility and to make more proactive freight management decisions in their business. Reuter and his team will further build on FourKites’ momentum to work with carriers in Europe to enable success for its European customers and build out its presence in the market. As part of that effort, the company held its first European summit for carriers last week, where carriers, current customers and prospects came together to network and share best practices in supply chain visibility.

“Having started using FourKites earlier this year, we are extremely enthusiastic about the company’s investments into the European market, and we’re proud to be pioneering these exciting developments together with them,” said Andreea Calin, Tech Logistics Manager Europe at Anheuser-Busch InBev. “The European summit last week was a true demonstration of FourKites’ commitment to and understanding of Europe’s unique requirements, and it was a pleasure to meet other shippers and carriers who are equally dedicated to transparency across their supply chains.”

FourKites has onboarded hundreds of European carriers since it first entered the European market in 2017, offering full visibility coverage to its customers across Europe. The company has formed partnerships with more than 150 of the top European LSPs and over 75 of the top telematics and TMS vendors. Moreover, FourKites has eight languages available on its platform, with additional languages offered for help documentation. FourKites has also incorporated more than 40 country-specific travel bans into the logic of its routing and machine learning ETA to ensure that its customers have access to high-quality, consistent, accurate data to optimize their supply chain operations.

“Europe represents a unique opportunity for FourKites and we are committed to a hyper-local delivery model to account for the nuances of the local logistics operations,” said Mathew Elenjickal, FourKites’ founder and CEO. “As we solidify our presence in Europe, Jochum and his team are ideally suited to provide comprehensive implementation and onboarding support to shippers and carriers across the continent.”