Franky Duke’s newly released “The Sons of a Preacher Man” is an enthralling story of three brothers with different character and behavior.

“The Sons of a Preacher Man” from Christian Faith Publishing author Franky Duke is a heartfelt tale of three sons with different personalities that will bring the readers to tears and poignancy as they get to know these three boys. 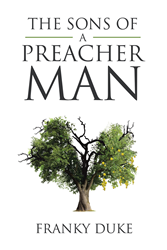 “The Sons of a Preacher Man”: a well-crafted scene-by-scene play that illustrates the relationship and bond within a family. “The Sons of a Preacher Man” is the creation of published author Franky Duke, an artistic ambassador of the Caribbean who has written and produced fifteen theatrical plays, specifically tailored for a Caribbean American audience–a market that has much to offer and to explore through drama and song.

Duke writes, “A person who is a preacher is a person people look up to because that person represents God. The story that you are about to read is about Reverend Solomon Jack, his wife Romania, and their three sons Peter, Johnny, and David.

“I tagged them the miserable, the humble, and the terrible.

“Peter the miserable because he never listened to his parents. They always had to bail him out of trouble. The day he left to join the army; his parents were so happy because he was a bad influence on Johnny.

“What is so amazing is that Jesus died to save us from our sins, but it took Romania’s death for Johnny to give his heart to Christ.

“Romania was a praying woman. She prayed for her sons’ night and day. I know that she will be happy when her sons join her in heaven.”

Published by Christian Faith Publishing, Duke’s new book is a captivating masterpiece that opens the eyes of the readers, allowing them to see the goodness of Christ to His people.

¬This book allows the readers to witness the amazing mercy and compassion of Jesus Christ who died on the cross to save and redeem everyone from sins.

View a synopsis of “The Sons of a Preacher Man” on YouTube.

Consumers can purchase “The Sons of a Preacher Man” at traditional brick & mortar bookstores, or online at Amazon.com, Apple iTunes store, or Barnes and Noble.

For additional information or inquiries about “The Sons of a Preacher Man,” contact the Christian Faith Publishing media department at 866-554-0919.