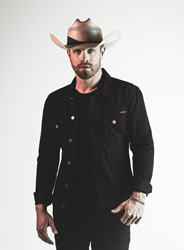 We are excited to be filming a performer of Dustin’s caliber for our 10th anniversary season at such a fantastic venue like Analog. It is going to be a special performance in an exceptional setting.

The critically acclaimed television music concert series Front and Center is pleased to announce that Country superstar Dustin Lynch will appear on an upcoming episode of season ten airing in 2020. Lynch will be filmed on February 18th at Analog, a state-of-the-art 5,000-square foot music venue, situated in Nashville’s Four-Star Hutton Hotel, located in the city’s lively West End neighborhood and steps from the heart of Music Row. Ticket and event information can be found here.

“We’ve had the opportunity to play some of the biggest stages around the globe, but there’s something special about the up close and personal connection that happens in an intimate venue such as Analog,” shares Lynch. “This is a special stage, and to film an episode of Front and Center there feels like the perfect combination for an unforgettable performance.”

“We are excited to be filming a performer of Dustin’s caliber for our 10th anniversary season at such a fantastic venue like Analog,” stated Don Maggi, Executive Producer of Front and Center. “It is going to be a special performance in an exceptional setting.”

Since his debut with PLATINUM single “Cowboys and Angels,” Lynch has held a steady presence on the Country music charts earning seven #1 hits and four Top 5 albums to date while touring with the genre’s biggest names (Luke Bryan, Florida Georgia Line, Brad Paisley). Lynch’s brand-new album TULLAHOMA (Broken Bow Records) features back-to-back chart-topping singles “Ridin’ Roads” and “Good Girl,” both of which he co-wrote. Early raves for the project are piling up with Entertainment Tonight proclaiming, “Lynch finds himself reconnecting with his roots and digging deeper into the artist he’s become,” while PEOPLE praises his “sunny, sexy vibe, giving the entire project a feel-good sound.” The Tennessean calls it “some of Lynch’s most personal work,” as Billboard asserts Lynch “finds his lane.”

The Tennessee native is bringing these new songs to the stage on his headline STAY COUNTRY TOUR 2020 through March, and then will join Old Dominion’s WE ARE OLD DOMINION TOUR this spring. Scoring over 1.7 billion total career streams, the Grand Ole Opry member continues to affirm his place as one of Country’s elite stars.

“We’re delighted to welcome Front and Center to Analog for this intimate concert with the incredible Dustin Lynch,” says Dale McCarty, General Manager, “Analog and Hutton Hotel are committed to sharing the talents and stories of artists and musicians in a one-of-a-kind intimate setting in Nashville. We’re excited that Front and Center will bring our venue and the music of Dustin Lynch beyond our walls for millions to experience.”

The intimate performance at Analog with Lynch will also be part of Front and Center Sessions, an exclusive radio program in association with ABC Audio and Front and Center Entertainment, which will air later in 2020.

“Dustin Lynch is a fantastic artist to add to the roster of talent included in the Front and Center series ABC Audio produces for Country radio,” says Heidi Oringer, Executive Director of Business Strategies, Programming and Distribution. “Presenting Country superstars like Lynch in the personal way that can only be captured by a Front and Center performance allows us to create unique and insightful music specials filled with compelling content about the artists, the songwriters and their music.”