In a rare unanimous 7-0 decision, the Pennsylvania Supreme Court ruled that two lower courts wrongly dismissed a personal injury lawsuit. This decision paves the way to allow the injured person, Ray Bourgeois, to have his day in court. 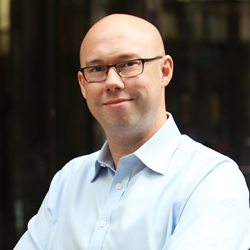 In Bourgeois v. Snow Time, Inc., No. 50 MAP 2019 (Pa. Dec. 9, 2020)., Mr. Bourgeois sustained serious spinal cord injuries while snow tubing at the Ski Roundtop Resort, a ski and snow tubing facility in Lewisberry, PA. Allegedly, Mr. Bourgeois was injured when the tube he was riding on at a high rate of speed collided with a rolled-up kitchen mat that the defendants deliberately placed in his path at the base of a snow tube hill. According to court documents, the defendants admitted they used folded kitchen mats to control the speed of the tubes at the bottom of the hill even though they know these mats were not designed for use in the snow tubing industry. When our client came in contact with the mat, his tube was brought to an abrupt stop, which allegedly caused his body to fly head first into the snow and ice and resulted in Mr. Bourgeois’ serious injuries.

Two lower courts dismissed our client’s claims alleging that the defendants acted recklessly and grossly negligent in their operation of the tubing facility and using kitchen mats to bring their riders to a stop. Galfand Berger, LLP Senior Partner, Michael Malvey, believed the lower courts wrongly decided the issues and that Mr. Bourgeois deserved to have his case heard by a jury. He refused to give up and filed an application for appeal with Pennsylvania’s highest court, which are granted less than 5% of the time. After the appeal was granted, on March 10, 2020, Mr. Malvey argued our client’s case before all seven justices of the Pennsylvania Supreme Court.

In their unanimous decision, published on December 9, 2020, the Pennsylvania Supreme Court agreed with Mr. Malvey and reversed the lower courts, holding, “We conclude the Superior Court erred in failing to consider the evidence, specifically the expert reports, in the light most favorable to [Mr. Bourgeois].”

The Pennsylvania Supreme Court has sent the matter back to the trial court where Mr. Bourgeois and his family will have their case heard by a jury.

While some attorneys may have given up after the first or second adverse decision, Mr. Malvey never strays from being a fierce advocate for his clients. Despite the opinions by the lower courts, Mr. Malvey knew that his client’s case deserved to be heard by a jury, even if that meant taking the case all the way to the highest court in Pennsylvania. After an appellate process that took three and a half years, Mr. Malvey’s client can finally have his day in court.

Mr. Malvey’s accomplishments on behalf of his clients led to his addition to Pennsylvania’s Rising Stars list ten times, and he has helped Galfand Berger obtain some of the largest multi-million dollar client recoveries in the history of the state. If you would like to learn more about Mr. Malvey, you can read his bio here: https://www.galfandberger.com/attorneys/michael-malvey/.

Mr. Malvey not only handles recreational liability cases, but also premises liability, automobile accidents, products liability claims, medical malpractice, and construction site accident cases. If you have questions about an injury and would like to speak with Mr. Malvey or a member of his team, please contact Galfand Berger at 800-222-8792 or visit our website. With offices located in Philadelphia, Bethlehem, Lancaster, and Reading the firm serves clients throughout Pennsylvania and New Jersey.