Ganjapreneur, a website dedicated to the business side of legalized cannabis, has published the first episode of their recently-announced web series. The 20-minute video features an interview and shop tour with John Evich of Top Shelf Cannabis, and also includes footage of the first sale of edibles and concentrates in Washington State's recreational market. 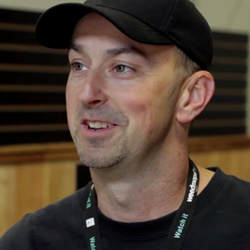 Ganjapreneur, a website devoted to cannabis industry business news and culture, has recently announced the first episode of a web video series which will feature marijuana entrepreneurs and investors. The pilot episode is 20 minutes long and features John Evich, the primary investor in Top Shelf Cannabis, a Washington State recreational cannabis retailer which made history as the first store to serve the legal market in July.

In the video, Evich leads a tour of the shop and also discusses how he came to be involved in Top Shelf Cannabis, some of the obstacles that he faced while building the business, and what he believes the future of the recreational cannabis industry looks like in Washington. Ganjapreneur has included footage that they recorded prior to the interview, onsite at Top Shelf Cannabis for the first sales of edible and concentrate products in the recreational market.

Ganjapreneur.com announced their official launch over the summer. The website publishes daily news briefs, editorials, and curated headlines pertaining to the business of cannabis. They recently announced an open source cannabis slang dictionary as well as a marijuana job feed which publishes daily links to other job boards around the web.

The interview with John Evich is the third official interview that Ganjapreneur has published, although it is the first to be published in video format. Matt Brown of My 420 Tours, a Denver-based marijuana tourism company, as well as Zane Witzel from Cannador, a luxury cannabis storage device manufacturer, have also been featured.