“Cole City” from Christian Faith Publishing author Garry Hundley is a well-conceived piece of historical fiction, whose protagonists readers will find themselves rooting for. 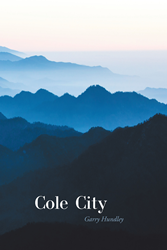 “Cole City”: a gripping story of adversity and lifelong struggles against despair. “Cole City” is the creation of published author Garry Hundley, an avid student of history who holds two degrees in engineering from the Georgia Institute of Technology.

Hundley shares, “Cole City was an unforgiving and evil place where the refuse of Southern society was locked away, out of sight, by the wealthy and powerful.

“In the 1890s, convicts leased from the state of Georgia to the coal company were forced to dig coal by hand in the remote mountains of North Georgia. These former slaves and poor whites, who had been jailed mostly on trumped-up charges, provided the manual labor that drove profits for the owners of Cole City’s mining operations. Most convicts did not survive the ordeal.

“Book 1 tells the story of Tobias Oliver, a young man who was convicted of murdering a man in a robbery gone wrong and sentenced to hard labor at Cole City.

“In Book 2, Oliver, who survived his ordeal in the mines, wages a lifelong battle against the evil he first encountered there only to recognize the futility of his effort when on his deathbed, he saw that his infant grandson had been earmarked by evil.

“Book 3 tells the story of Oliver’s grandson, who recounts his evil deeds from his youth in the 1960s until his death almost a hundred years after his grandfather’s story began.”

Published by Christian Faith Publishing, Garry Hundley’s new book is a work of masterful storytelling. The author takes elements of historical fact and weaves therein a fictitious tale, thereby producing a finely written novel that readers will find difficult to put down.

For additional information or inquiries about “Cole City,” contact the Christian Faith Publishing media department at 866-554-0919.