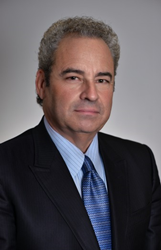 The fundamental function of apartments has always ensured – and will continue to do so – their longevity and status as the most reliable living option and most resilient commercial real estate asset type.

Gebroe-Hammer Associates, a leading nationally ranked multifamily-focused investment brokerage firm, has reported $316.4M in sales for a total of 1,574 units at the close of Q1 2020. The firm, which is marking its 45th anniversary this year, orchestrated the 18 transactions on behalf of private owners, family offices, private equity funds and institutional investors with local, regional, national and global interests.

“The first quarter of the year marked a ‘carry-over’ of the same historic multifamily investment confidence that fueled one of the longest and most aggressive apartment-property investment cycles in history,” said Ken Uranowitz, president, a 45-year industry veteran who joined the firm at its inception.

During the first quarter, Gebroe-Hammer arranged sales across New Jersey, the Greater Philadelphia metro and New York State. Examples of the transaction-type spectrum include a new-construction Class-A apartment building in Woodbridge, N.J., where the price per unit was $280,000; three unnamed single-property sales (one new construction/two value-add) in North, Central and South Jersey collectively encompassing 485 units sold for a combined $127M; and a portfolio trade on behalf of an unnamed seller and buyer totaling over 300 units in southeast New York State.

Multifamily’s New Normal
“Now, as a society and as an industry, we find ourselves in unchartered waters due to the sudden and abrupt measures imposed to slow the spread of COVID-19,” said Uranowitz. “While there are challenges that can only be fully addressed with the passage of time, health and well-being remain paramount. In this regard, multifamily properties play an integral role in providing tenants and communities with the most basic needs of shelter, a place to live and a place from which to telecommute for work or education.”

Uranowitz noted that while it may be premature to forecast the how and when regarding a recalibration of the economy and by association multifamily properties, the “fundamental function of apartments has always ensured – and will continue to do so – their longevity and status as the most reliable living option and most resilient commercial real estate asset type.”

A veteran of recessionary economic protractions in almost every decade since the mid-1970s, Uranowitz added that the New York and Philadelphia Metros as a whole have historically trended with more stability as compared to their major metro counterparts nationwide. “Occupancy rates and asking/effective rents may waver, but they will eventually bounce back just as they did in the aftermath of the height of the Great Recession in early 2009 and every other downturn before that,” he said.

Despite the far-reaching societal and economic shifts associated with COVID-19, Uranowitz is certain Americans and the multifamily industry will benefit from a “time and patience heals all” approach. “These economic shockwaves will ease and multifamily properties and the people who own, manage, invest and live in them will emerge even stronger,” he said. “This coronavirus may be novel, but the enduring strength of apartment properties is long established.”

Since 1975, Gebroe-Hammer’s brokerage activities have concentrated on all multifamily types including Class A, B and C high-rise and garden-apartment properties. While initially focusing on New Jersey, the Livingston, N.J.-based firm has evolved during the past 45 years to also dominate the northeastern Pennsylvania and New York State submarkets as well as represent client interests nationally. Widely recognized for its consistent sales performance, the firm is a 16-time CoStar Power Broker and is credited with arranging the largest portfolio sale in 2019 for the MidAtlantic Region and in New Jersey.