The Geothermal Resources Council (GRC) announces funding investment for a marketing/public relations campaign to drive awareness of Geothermal Energy and its potential throughout society. 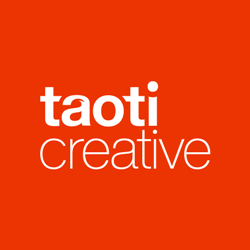 Geothermal energy has the potential to benefit our society in so many ways, and we’re excited to be working with GRC to create a campaign to share that potential with the world.

The GRC is developing a marketing/public relations campaign to highlight geothermal energy and its potential to be a strong ally in humanity’s fight against climate change. The objective of the campaign will be to raise awareness of, and support for, geothermal energy as a viable clean and renewable energy source. The yet-to-be-named campaign will reach individual people, families, communities, and society’s decision makers in its quest to drive recognition of the power and heat management capabilities of geothermal energy.

Launching the campaign planning phase follows a successful and thorough search for a marketing team to develop the strategy, design the visuals, and execute the tactics. The GRC is pleased to announce that Taoti Creative, a full-service creative agency based in Washington, D.C., has been selected as GRC’s agency of record and will be starting to develop the campaign strategy immediately.

Geothermal energy is a reliable source of energy that provides clean, renewable power and heat that’s always on—day or night, regardless of the weather, 365 days a year. Geothermal heat management is used in homes with geothermal heat pumps, in commercial buildings and communities with district heating, and higher-temperature power generation uses deep subsurface fluids in rock formations not too far beneath our feet.

The partnership with Taoti Creative will also result in enhanced services for GRC’s members, sponsors, and supporters through a rebranding of the GRC, development of a strategic marketing plan for the association, and redesign of the website. Funding of the project came through the GRC Board of Directors decision to use investments from Foundation Funds. Information on donating to these funds can be found here.

“It’s an exciting time for geothermal energy. We’ve seen an amazing increase in momentum build over the past couple of years with increased awareness of the benefits of geothermal, increased government funding to the industry, and new technological innovations for developing geothermal resources,” said Will Pettitt, GRC’s Executive Director. “Taoti Creative is a strong and talented choice for our marketing needs. I applaud our Board for taking this bold and courageous step to fund a new public relations campaign that aims to help take the industry to the next level and introduce geothermal as part of society’s mainstream energy mix.”

“It’s not every day we have the opportunity to move the needle for a brand and positively impact the world at a global scale, but that’s exactly what we’ll be striving towards through our new partnership with GRC,” said Brent Lighter, Founder and CEO of Taoti Creative. “Geothermal energy has the potential to benefit our society in so many ways, and we’re excited to be working with GRC to create a campaign to share that potential with the world.”

The GRC is a non-profit professional and trade association for the geothermal industry and community in the USA and abroad. We were founded in 1972 and are headquartered in Davis, California. The GRC works to advance our industry by supporting the development of geothermal energy resources through communication of robust research, knowledge and guidance. For more information, please visit http://www.geothermal.org.

Taoti Creative is a Washington, D.C.-based full-service creative agency with a commitment to driving measurable and meaningful impact through website design, marketing and brand strategy, and unique experiences. Taoti is made up of a group of dreamers, makers, and doers who are passionate about more than the agency’s award-winning work—they want their partners to thrive. The agency is built upon the pillars of Quality, Innovation, Service, and Teamwork, and has moved the needle for over 800 clients to date.