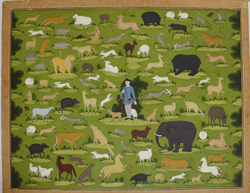 In the face of current global challenges, the Getty Foundation is proud to maintain funding for art historical research by emerging scholars in the field.

The Getty Foundation and the American Council of Learned Societies (ACLS) are pleased to announce 10 new recipients of Getty/ACLS Postdoctoral Fellowships in the History of Art.

Since 2018, the program has awarded fellowships to outstanding early-career art historians whose projects stand to make substantial and original contributions to the understanding of art and its history.

This year’s projects include in-depth explorations of topics such as the Syrian migrant experience during the Roman Empire, Senegal’s role in shaping the history of modern photography, and how the image of Mexican revolutionary Emiliano Zapata became an icon throughout Latin America.

Each 12-month, non-residential fellowship includes a $60,000 stipend and an additional $5,000 for travel and research. Awardees are also invited to convene at the Getty Center in Los Angeles for a week upon completion of their fellowships to explore local collections and build a community of scholars who share diverse, international perspectives.

“In the face of current global challenges, the Getty Foundation is proud to maintain funding for art historical research by emerging scholars in the field,” said Joan Weinstein, director of the Getty Foundation. “We are delighted that this year’s Getty/ACLS fellows represent a wide range of international projects and pledge our continued support should it become necessary for recipients to modify their research plans or timelines.”

The program is made possible by a major grant from the Getty Foundation and administered by ACLS, the preeminent representative of American scholarship in the humanities and related social sciences.

The 2020 Getty/ACLS Postdoctoral Fellows and their planned research topics are:

Richard H. Teverson, Assistant Professor, Fordham University, The Art of Future Romans: Visions of the Future from the Last Decades of Kingdoms Allied to the Roman Empire.

Additional information about the 2020 Getty/ACLS Postdoctoral Fellows can be found here.

Additional information about the Getty/ACLS grant program can be found here.