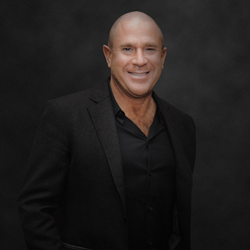 Ghostcast has the potential to be the audio equivalent of YouTube

Ghostcast, a technology company that has developed the first social podcasting platform, today announced the appointment of Sandy Grushow to its Board of Directors.

Mr. Grushow is widely recognized as an accomplished executive with deep expertise in the traditional and digital media and technology sectors. Mr. Grushow spent 25 years at Fox, gaining operational experience while running two entertainment businesses, the Fox Broadcasting Company and Twentieth Century Fox Television Studio, each with revenues in excess of a billion dollars annually.

Among his many accomplishments, Mr. Grushow built the Fox Network’s advertising and promotions department from the ground up and is widely credited as instrumental in establishing the “Fourth Network’s” brand identity after launching such signature hits as “The Simpson’s” and “Beverly Hills, 90210”. Mr. Grushow was then elevated to the Presidency of the network’s entire entertainment operations, holding the distinction of being the youngest executive ever to accomplish this. During his tenure, he launched shows such as “Melrose Place” and the “X-Files.” Mr. Grushow was then tapped to build Fox TV’s studio operation where he inherited an eighth ranked business and led it to a first-place finish in a two-year span. Mr. Grushow was then promoted to a new role as Chairman of Fox Television Entertainment Group, overseeing both the network’s entertainment operations and TV studio where he oversaw the debut of “24” and the “American Idol” juggernaut.

Mr. Grushow is currently the CEO of Phase Two Media, which provides strategic advisory services across the digital and social media and technology sectors for both established and early-stage companies. Among his numerous board and advisory board seats, Grushow most recently served as an Independent Director at Tubi, the world’s largest, ad-supported streaming video platform acquired this past May by Fox.

“With the explosive rise of podcasting, it seemed only natural that someone would launch a platform that serves to both democratize and aggregate short-form audio content. Ghostcast has the potential to be the audio equivalent of YouTube. Simply put, that’s a business that’s worth trying to build,” said Sandy Grushow.

“We are very pleased to welcome Sandy Grushow on to the Ghostcast Board. Sandy joins Jennifer Prince, Twitter’s global VP and head of content partnerships, as independent Board members who bring deep entertainment and digital media experience that is invaluable to Ghostcast. Sandy has already given us some great advice and insights, and I look forward to working with him closely as we continue to execute on our growth plan,” said Ryan Fuller, CEO of Ghostcast, Inc.

Concepted in 2016 and incorporated in 2020, Ghostcast is on a mission to enable passionate communities to connect through their voice of choice at moments that matter. The platform’s current and future features include live audio broadcasting capabilities, built-in broadcaster/listener interaction and social engagement tools, platform currency transactions, and a set of professional broadcasting, advertising, and analytic tools that empower the creation of unique, fun, and entertaining experiences. All of which allows everyone to be a ghostcaster – for fun or to build a business.