Glenn L. Udell has joined the exclusive Haute Lawyer Network by Haute Living with a concentrate in Real Estate Law in the Chicago, Illinois, area. 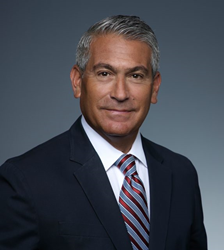 The Haute Lawyer Network, well known for its exclusive and luxurious lifestyle publication Haute Living, is privileged to present Mr. Glenn L. Udell as a member and expert in his field.

ABOUT GLENN L. UDELL
Glenn L. Udell is a Partner with Brown, Udell, Pomerantz & Delrahim, Ltd. He joined the firm in 1990 and has assisted in the growth, management, and development of the firm ever since. Glenn concentrates his practice in the areas of real estate, corporate transactions, and complex commercial litigation. He represents a broad range of business owners and management including privately-held, public companies, and joint ventures. He assists clients with real estate and commercial business ventures including acquisitions and dispositions, financing and lending, restructuring and workouts, development, construction, and commercial leasing.

He formerly served as a member of the Museum Executive Board for the Illinois Holocaust Museum where he was involved in their project to build a new museum campus. He is also a supporter of College Bound Opportunities a not-for-profit organization that identifies high-achieving young people who, without support, would likely have to forgo post-secondary education. He currently sits on the Illinois Board of the Jewish National Fund and on the Jewish Nation Fund’s National Real Estate Committee-Illinois Division.

Glenn is licensed to practice in Illinois. He received a Juris Doctorate degree from the Western Michigan University Cooley Law School in 1990 and a BA degree in Psychology from the University of Wisconsin in Madison in 1986.