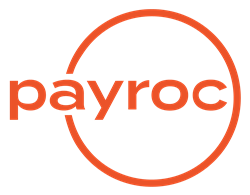 Adam’s leadership, work ethic and character are emblematic of Payroc’s core values. He leads by example, listens first, and believes our people are essential to the success and future of our business.

“Adam’s leadership, work ethic and character are emblematic of Payroc’s core values,” said Payroc CEO, Jim Oberman. “He leads by example, listens first, and believes our people are essential to the success and future of our business. These qualities, plus his knowledge of every aspect of the business makes this role as President a perfect fit for Adam.”

Adam brings over 20 years of experience to Payroc’s executive team and is one of the original founders of Payroc in 2003. Since that time, he has operated in multiple capacities to serve the company. From 2004 through 2011, Adam’s role was focused on the development of larger and more complex eCommerce merchants, which remains one of the cornerstones of Payroc’s core capabilities. Then in 2012-2017, Adam became Chief Financial Officer, and was responsible for all financial, risk, and compliance matters of the company, ensuring Payroc’s partners are paid accurately and on-time.

In 2019, after the merger of Payroc, Payscape, NXGEN & BluePay Canada under Parthenon Capital Partners, he moved into the role of Chief Revenue Officer. In this capacity, Adam oversaw Payroc’s sales channels and distribution strategy, both domestically and abroad. In addition to his most recent promotion to President, Oberman also serves on Payroc’s Board of Directors.

“I have had the pleasure of working in several different capacities in my years at Payroc. I am extremely proud to now serve as President,” said Oberman. “Our organization is unique and focused on growth while investing in the incredible team we have built. I am excited to continue to serve our company, our dedicated team, and our customers to help fuel positive growth for years to come.”

In his new role, Adam’s primary focus is to become a technology disruptor, and apply Payroc’s streamlined innovations across all reseller and merchant channels. In addition, he will work to bridge the gap across borders, better aligning teams across the US, Canada, Mexico, and especially in Payroc’s new engineering & innovation hub in the United Kingdom, where Payroc announced it would create 75 new jobs. Oberman iterates, “Transparent communication and clarity on Payroc’s vision & goals are key to my leadership focus going into this new role.”