GOC researcher rated top in his field in US

In the study of pharmacogenetics, or Precision Medicine 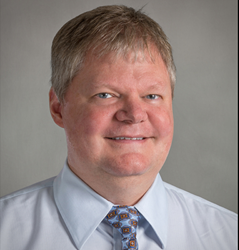 The precision medicine talent...across Florida is making a big difference in people's lives.

Dr. Howard McLeod, medical director at Tampa’s Geriatric Oncology Consortium (GOC) and a clinical researcher, has earned the top rating in the US in the field of Pharmacogenetics, also known as Precision Medicine, according to GOC.

GOC said McLeod is ranked No. 1 in the US by Expertscape. Expertscape ranks medical professionals according to the quality and quantity of their publications.

Pharmacogenetics, also referred to as Precision Medicine, is a branch of genetics which deals with the genetic variability in individual responses to drugs and drug metabolism and allows patients to receive therapy aligned with their individual genetic code.

McLeod is also ranked second in the world behind Professor Sir Munir Pirmohamed of the University of Liverpool in England.

“I am honored to be considered in this ranking and especially happy to be associated with Professor Sir Munir Pirmohamed, who is a legend in the field,” said McLeod. “Genetics is helping patients get the right medicines, and equally important, avoiding the wrong drugs,” he added.

The Human Genome Project, which produced a working draft of the human genome in 2000, enhanced the study of pharmacogenetics.

“Today, we are learning the language in which God created life,” President Bill Clinton said at the time, paraphrasing Galileo, who insisted that the natural philosophy, even the universe itself, was written in the language of mathematics. “We have caught the first glimpse of our own instruction book. It will revolutionize the diagnosis, prevention, and treatment of most, if not all, human diseases,” he added.

McLeod said the Genome Project has revolutionized modern medicine, allowing everything from the diagnosis of babies in the womb to identifying which medicines will work for individual patients. “The precision medicine talent in Tampa, Gainesville, and across Florida is making a big difference in people’s lives. This recognition is exciting for Florida”.

The Precision Medicine discipline allows doctors and researchers to predict which treatment and prevention strategies will work for a disease in certain groups of people, according to the U.S. National Library of Medicine.

McLeod works with the USF Taneja College of Pharmacy and the Geriatric Oncology Consortium.