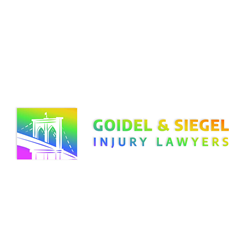 “We are supporting Lambda Legal to aid their mission of ensuring everyone who needs legal representation has access to it, and to continue to strengthen the advocacy of Goidel & Siegel for the civil rights of the LGBTQIA+ community,” said Jonathan M. Goidel, co-founder of Goidel & Siegel, LLP.

“We are supporting Lambda Legal to aid their mission of ensuring everyone who needs legal representation has access to it, and to continue to strengthen the advocacy of Goidel & Siegel for the civil rights of the LGBTQIA+ community,” said Jonathan M. Goidel, co-founder of Goidel & Siegel, LLP.

Lambda Legal provides assistance with impact litigation, education and public policy. As a 501(c)(3), Lambda Legal does not charge for legal representation or advocacy and receives no public funding; it relies solely on contributions from supporters around the country.

“We recognize that some fights are bigger than the ones we handle at our personal injury law firm,” said Goidel. “We’re honored to be able to fight injustice by donating to organizations such as Lambda Legal.”

Lambda Legal works on legal cases that protect and advance the rights of LGBTQIA+ people, and those with HIV. The organization also helps to build support for equality and helps people exercise the rights they have through public education campaigns. Lambda Legal advocates for local, state and federal public policy that can improve the lives of LGBTQIA+ people, people affected by HIV, and their families and allies.

Goidel & Siegel has a similar vision. “We knew we could make a positive difference in the lives of people who needed help, that’s why we started Goidel & Siegel,” stated Goidel, “so contributing to the efforts of a national organization committed to achieving full recognition of the civil rights of lesbians, gay men, bisexuals, transgender people, and everyone living with HIV is a meaningful way to extend a hand to others who need help.”

To donate or learn more about Lambda Legal and its pursuit of full equality for the LGBTQIA+ and HIV positive communities, visit their website.

The Origins of Pride Month
On June 28, 1970, the anniversary of the Stonewall Uprising in Greenwich Village, the first Gay Liberation March was held. At least 3,000 people walked the streets of New York City that day. Lambda Legal was founded in 1973 as the nation’s first legal organization dedicated to achieving full equality for lesbian and gay people.

Pride Month has been celebrated in New York City and elsewhere for more than 50 years. This June, millions of people around the world will participate in Pride Month activities to honor and support LGBTQIA+ rights and activism.

Parades, picnics, parties, workshops, concerts and memorials are some of the most common ways individuals recognize the community’s struggle for equal rights. New York City’s Pride March is scheduled for Sunday, June 26, 2022.

More about Goidel & Siegel, LLP
Co-founders Jonathan M. Goidel and Andrew B. Siegel opened the firm in 1990 with the mission of taking on New York City personal injury claims to restore health, hope and stability for individuals injured through no fault of their own.

More than 30 years later, Goidel & Siegel have garnered a solid reputation as one of the top personal injury law firms in New York City. The partners have assembled a cohesive team that thrives on exposing negligence that endangers others.

With multilingual attorneys, Goidel & Siegel is able to communicate with clients who speak English, Spanish, Russian, Farsi, and Arabic. They will meet with clients however they are most comfortable, including video conferencing on Zoom and similar platforms.