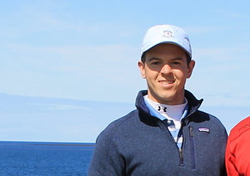 Chris Silano, Founder and CEO of GOLFPASS, who has been described as a McIlroy doppelganger

"Rory McIlroy’s and NBC’s use of my business name has effectively destroyed my business, and I am just asking that they not use my name.”

GolfClub LLC, owner of the GOLFPASS platform and application, is suing Rory McIlroy, NBC, Golf Channel, and GolfNow in federal court in the Southern District of New York (Case No. 1:20-cv-4802). GolfClub’s GOLFPASS, which is a United States Golf Association official golf club that partners with local golf courses and allows customers to book tee times through a mobile application, alleges that the group of defendants misappropriated its business name when they launched their own version of Golfpass in February of 2019 in violation of the Lanham Act and monopolized the market for digital tee time booking in violation of the Sherman Act and Clayton Act. Court documents filed by GolfClub and its CEO, Christopher Silano, allege that McIlroy, who is described as a "Founding Partner" of Golfpass, and the defendants knowingly took the name GOLFPASS despite GolfClub first using it and establishing trademark rights.

Court papers further allege that as soon as Rory McIlroy and NBC launched their platform, consumers and potential partners immediately began confusing the two platforms to GolfClub’s detriment, and that Silano regularly started receiving a barrage of emails from customers complaining about the McIlroy/NBC service and app. The complaint also alleges that NBC itself has confused the two brands by tagging GolfClub’s GOLFPASS social media account instead of the McIlroy/NBC version.