Rummikub has been bringing people together for 70 years and for the first time ever, the app is available for free download on IOS and Google Play – in light of the current climate. 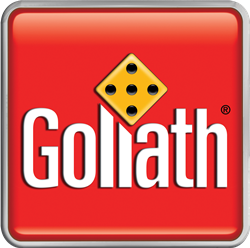 “Our motto here is clever together, and right now the best way we can be together is to find innovative ways to connect. Miss your friend down the street? Download the Rummikub App! It’s free!” said David Norman, President of Goliath.

Rummikub has been bringing people together for 70 years and for the first time ever, the app is available for free download on IOS and Google Play – in light of the current climate.

The Rummikub app is open for free worldwide these next thirty days. Families are called to stay indoors and can find companionship in the interactive Rummikub App.

Users are able to play online with millions of people around the world or create a private game to play with friends they may be missing while social distancing.

Now more than ever, people are looking for ways to connect, and the Rummikub app is the perfect outlet to help people feel close while they’re apart. Games are a known way to release positive endorphins and provide not only entertainment, but an escape from the world.

“We want to encourage people to stay safe and healthy during these turbulent times,” said David Norman, President of Goliath.

“Our motto here is clever together, and right now the best way we can be together is to find innovative ways to connect. Have fun, take those board games off the shelf. Miss your friend down the street? Download the Rummikub App! It’s free! Connect with your friends and family digitally.”

Other Goliath apps available include Pop the Pig, Wordsearch and Triominos.

For more information and media samples, please reach out to Goliath’s PR Team at a.lloyd@goliathgroup.com

About the Rummikub App
The original Rummikub FREE version is the app version of one of the most popular family games in the world.
The unique combination of tactical thinking, luck and tense competition has made this classic family game to one of the most successful games for the past 70 years! Arrange the tiles to create the most strategic color and number combinations.

Will you be the first player to place all tiles and win the match?

PLAY NOW
Play ONLINE with millions of Rummikub players from all around the world and try to win as many points as you can to become the Rummikub Master! Custom, private and practice games are available too.
Includes 10 supported languages - English, German, French, Dutch, Korean, Chinese, Spanish, Polish, Portuguese and Turkish.

About Goliath
Goliath was founded in 1980 by Adi Golad and he cofounded the Goliath’s USA division with David Norman in 2008. Goliath is one of the few remaining family-owned global toy and game companies. Goliath is now a global manufacturer and distributor of a broad range of products. Examples include Wahu®, Rocket Fishing Rod®, Rummikub®, Rubik’s Cube®, Tri-Ominos®, Sequence®, Pop the Pig®, Doggie Doo™, Gator Golf®, Let’s Go Fishin® and Phlat Ball® .