Highly skilled foreign professionals in the United States continue to face more scrutiny with the proposed removal of work permits from spouses of H-1B holders and an all-time high rate of H-1B Visa application denials. The Immigrant Investor (EB-5) Program remains a popular and reliable alternative for obtaining much desired green cards for foreign professionals and international students in the United States. 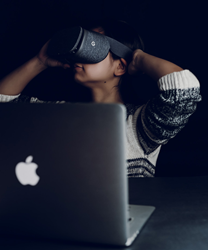 “EB-5 holders enjoy significant flexibility in terms of employment and education in any location in the United States. In this way, the EB-5 immigrant investor visa is generally less cumbersome than the H-1B Visa,” commented Walter S. Gindin

On March 19, U.S. Citizenship and Immigration Services (USCIS) announced the start of the fiscal year (FY) 2020 H-1B cap season. The H-1B Visa allows U.S. employers to temporarily hire foreign professionals in specialty occupations. Since the category was created in 1990, Congress has limited the number of H-1Bs made available each year. The current annual cap is 65,000 for new hires with a bachelor’s degree or equivalent, with another 20,000 visas for foreign professionals who graduate with a master’s degree or doctorate from a U.S. institution of higher learning.

Over the past several years, the number of immigration petitions received by the U.S. Citizenship and Immigration Services (“USCIS”) has far exceeded the annual cap for H-1B Visas. The filings start on April 1 and last until the visa cap is reached. In the recent years, the H-1B Visa cap has been reached within five days of the submission open date. As a result, the USCIS has conducted a lottery to determine which employers’ petitions for H-1B workers will be processed. More than 190,000 people applied for H-1B Visa in 2018.

For foreigners seeking permanent residency in the United States, the H-1B Visa route has become increasingly difficult and uncertain. The process of transitioning from H-1B status to a permanent green card is often very complicated and protracted. Furthermore, recent proposed change to the H-1B program would remove work permits for all H-1B holders’ spouses (H4 Visa holders), which would eliminate an important income source for many foreign professionals and their families. In addition, new applicants are currently facing an all-time high rate of H-1B Visa denials, as the current administration seeks to overhaul the immigration system.

The increasing difficulty of obtaining an H-1B Visa has led many foreign professionals to question whether it remains a viable path to permanent residency in the United States.

Accordingly, these and other foreign nationals are exploring alternative routes to a green card, including, most notably, an immigrant visa through the EB-5 Program. The EB-5 Visa provides a path to lawful permanent resident status in the United States to qualified foreign nationals who invest $1 million, or $500,000 in a Targeted Employment Area, of lawfully derived capital in a new commercial enterprise that facilitates the creation of at least ten jobs for U.S. workers.

“The H-1B Visa suits short-term needs of high-skilled foreign professionals, but the many inherent constraints of the H-1B Visa would have been very limiting for someone like me who firmly intended to immigrate to the United States with a family. In contrast, the EB-5 Visa gave me and my family the freedom and flexibility to pursue all our goals in the United States,” said Nilesh Shah, an existing EB-5 Investor from India and the Silicon Valley representative for CanAm.

Unlike the H-1B Visa, the EB-5 Visa is granted not only to the investor but also to all eligible family members (spouse and children under the age of 21). The EB-5 Program is not exclusive to high-skilled workers or students, as it does not require any specific qualification or experience.

“EB-5 holders enjoy significant flexibility in terms of employment and education in any location in the United States. In this way, the EB-5 immigrant investor visa is generally less cumbersome than the H-1B Visa,” commented Walter S. Gindin, Director and In-house Immigration Counsel at CanAm Enterprises.

CanAm Enterprises has financed 55 project loans and raised more than $2.8 billion in EB-5 investments leading to over 13,000 green card approvals. CanAm invites everyone pursuing permanent residency in the United States to read CanAm’s EB-5 Program overview and inquire about the EB-5 Visa options through one of various contact options.

About CanAm Enterprises
With three decades of experience promoting immigration-linked investments in the United States and Canada, CanAm has a long and established track record. Basing its business on a reputation of credibility and trust, CanAm has financed more than 55 project loans and raised over $2.8 billion in EB-5 investments. CanAm exclusively operates seven USCIS-designated regional centers that are located in the city of Philadelphia, the commonwealth of Pennsylvania, the county of Los Angeles, the Metropolitan Region of New York, the states of Hawaii, Florida and Texas. For more information, please visit http://www.canamenterprises.com