Producer H.L. Woods works to create films that will engage the entire family through a collaboration with 3rd Base Film Group and the Production team of Dreamstreet Entertainment Studios. 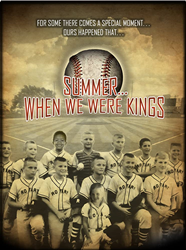 Summer When We Were Kings

Venture Capitalist and filmmaker, H.L. Woods has partnered with Dreamstreet Entertainment Studios and 3rd Base Film Group to create Family Friendly films. The company’s two films, “Summer When We were Kings,” Inspired by a true baseball story, written by Rocky (Jacob) Yost; and “Futboleros,”, a story about a soccer team based on the memoirs of James Ortega, have scheduled release dates pending worldwide theater distribution.

H.L natural affinity for discovering the talents of others has brought him into numerous and successful financial opportunities. As an entrepreneur, Woods previously held an impressive portfolio of real estate properties and the crash of the real estate market prompted his move to Los Angeles where he embarked upon a new career as a filmmaker. His love of storytelling and his fondness for film, music and legitimate theater has provided him with this new career trajectory. Training and expertise in finding venture capital has served him well within the entertainment industry. To his credit, he has successfully corralled eleven million dollars in financing these independent film projects.

H.L. was previously known for his rich baritone timbre which moved him towards a career in radio, speaking engagements and hundreds of commercials and voiceovers. Most notably, as the voice and traveling speaker for the General Motors Corporation. His natural gift for public speaking enabled him to produce his own talk shows in Detroit, Michigan and Cleveland, Ohio.

Dogged determination and an unsinkable faith steered him towards film-making. “I am able to pursue what I enjoy doing, and working to find the money and resources to promote films I believe in” said H.L. Further commenting, “Family friendly films can be enjoyed by everyone.”