Newman was considered the “father of BACnet” 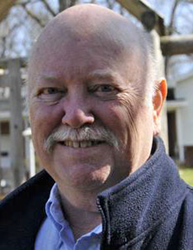 Mike's vision and perseverance in pursuit of an open data communications standard for building automation changed an industry.

With deep sadness, BACnet International is sharing the news of the passing of H. Michael "Mike" Newman. Newman, considered the founding father of the BACnet protocol (ANSI/ASHRAE Standard 135), died at his home in Ithaca, NY, on March 4, 2020.

In the mid-1970s, Mike took over the operation of an energy management system at his alma mater, Cornell University. He later wrote: "All the building automation companies started offering Direct Digital Control (DDC) equipment – and none of them could communicate with each other. I began to wonder who was working on a standard protocol. It was clear to me that the lack of a standard would ultimately be a major barrier to the widespread adoption of DDC technology.”

To address the industry need for a standard protocol, Mike approached the American Society of Heating, Refrigerating and Air-Conditioning Engineers (ASHRAE). That connection led to the initiation of work on a standard and the formation of ASHRAE Working Group 135 that developed and maintains the BACnet standard. Mike continued to serve as an active contributor, leader and evangelist for BACnet through three decades as it became a global standard as ISO 16484-5.

Andy McMillan, President of BACnet International said, “Mike's vision and perseverance in pursuit of an open data communications standard for building automation changed an industry. Along the way, his willingness to teach, his encouragement of others, and his inclusive approach to dealing with issues changed lives … a lot of them. He will be deeply missed.”

This is a huge loss for the BACnet community and we send our deepest sympathies to Mike's family and friends.

About BACnet International
BACnet International is an industry association that facilitates the successful use of the BACnet protocol in building automation and control systems through interoperability testing, educational programs and promotional activities. BACnet International oversees operation of the BACnet Testing Laboratories (BTL) and maintains a global listing of tested products. The BACnet standard was developed by the American Society of Heating, Refrigerating and Air-Conditioning Engineers (ASHRAE) and has been made publicly available so that manufacturers can create interoperable systems of products. BACnet International complements the work of the ASHRAE standards committee and BACnet-related interest groups around the world. BACnet International members include building owners, consulting engineers and facility managers, as well as companies involved in the design, manufacture, installation, commission and maintenance of control equipment that uses BACnet for communication. For more information, please visit https://www.bacnetinternational.org.