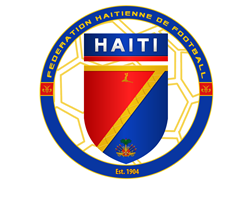 Dr. Yves Jean-Bart unequivocally denies the baseless allegations against him. He has been honored to serve as President of the Haitian Football Federation for the past two decades and was just re-elected to his sixth term.

Despite numerous challenges and a lack of financial resources, Dr. Jean-Bart and the Haitian Football Federation led the development and success of a youth training program that has empowered Haiti’s girls and boys to compete at the highest levels of world football competition.

Dr. Jean-Bart is incredibly proud of the academy and residential facilities established eight years ago to help train the next generation of Haitian football players. The academy is a model of success, where the dedicated staff nurtures, educates and provides three nutritious meals every day to the children who live there. Many of these kids come from very difficult family circumstances, including severe poverty. The center supplies the life-changing opportunity for academic and physical instruction, develops their football skills, and provides hope and a path to success.

"The timing of spurious, sensational and anonymous allegations against Dr. Jean-Bart is highly suspect, coming amid his latest election as Federation President. Unfortunately, unfounded allegations against Dr. Jean-Bart are not new and always seem to emerge during election time. False corruption allegations have never worked, so critics and those seeking to destabilize the Federation for their own purposes are now trying a new line of attack. They will be proven false as well," said the Federation.

"Spurred on by uninformed activist bloggers lacking journalistic training and ethics, some international media outlets have fallen into the trap of repeating falsehoods from afar without having done proper reporting, let alone visiting Haiti, gathering facts or seeking the truth," the Federation added.

"The motives and actions of those seeking to undermine and attack Dr. Jean-Bart and the Haitian Football Federation should be investigated along with the false and outrageous accusations," it said.

Dr. Jean-Bart remains steadfast in his commitment to Haitian football, will continue focusing upon helping Haiti’s youth players succeed, and looks forward to being fully exonerated.