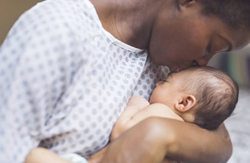 Now has the 13th highest pregnancy-related death rate of the states highlighted in the report.

For decades the law firm Hampton & King has fought on behalf of mothers and babies who have suffered due to medical malpractice or negligence. That’s why a 2016 report sent shockwaves through the firm and the nation, when it identified Texas as the most dangerous state in America to give birth in.

Thankfully, state health officials revealed that the statistics from 2016 were skewed. Doctors were accidentally selecting a check-box on electronic death certificates that read “pregnant at the time of death,” so the rate appeared to be double what it actually was.

Released January 2020, the latest federal report shows that Texas is no longer the most dangerous state for mothers giving birth. It now has the 13th highest pregnancy-related death rate of the states highlighted in the report.

According to the Houston Chronicle, “Texas was smack dab in middle, bracketed by 12 states with the higher rates and 12 states with lower rates. The 2018 national rate for all 50 states was 17.4 deaths per 100,000 live births…”

In 2018, seventy Texas women died during pregnancy, or for pregnancy-related reasons; more deaths in total than any other state. This shortcoming reflects the state of the medical system nationwide, as America is the only industrialized nation in the world that has seen an increase in maternal deaths over the last twenty years.

Although the maternal mortality rate in Texas has improved on paper, Hampton & King believes that Texans deserve much more. The truth is, no child should have to grow up without a mother, especially when most pregnancy-related deaths are preventable.

Legal action ensures guilty parties are held responsible, and advocates better care throughout the nation. If you or a loved one have been injured by medical malpractice or negligence, contact our office Mon - Sun, 24/7.