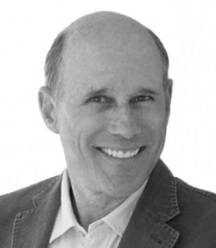 Hilton & Hyland has prospered and grown from its original intent of a highly personalized real estate shop to the highest producing luxury boutique brokerage in the world.

Jeff Hyland is a real estate expert, architectural historian and the co-founder and President of Hilton & Hyland. He has personally handled several billion dollars in real estate sales.

Hyland formed an appreciation for homes and design at an early age. Growing up in the charming Little Holmby enclave between UCLA and Beverly Hills, he became fascinated with the great estates so emblematic of Hollywood’s golden age. It was a transformative time in Southern California with rapid residential growth and the intersection of divergent styles. But for Hyland, the allure of classic architecture and rarified properties created a lasting impression.

As a young adult, Hyland was accepted into the prestigious Cornell School of Hotel Administration in New York. Ultimately, however, California’s siren call beckoned him back. He attended United States International University in San Diego, graduating with a degree in Business Administration. There was also substantial time spent surfing California’s legendary Southern Coast during the halcyon era of the early 1970s. Thereafter, he became a real estate agent with Coldwell Banker and then Mike Silverman and Associates.

Hyland was licensed as a broker in 1975. From 1980 to 1990 he was a founding partner at the brokerage firm Alvarez, Hyland & Young. His interest in noteworthy properties throughout Southern California continued to grow, particularly in the Beverly Hills, Holmby Hills and Bel-Air communities referred to as “The Platinum Triangle.” Hyland’s research into early to mid-20th century design led to recognition as an architectural historian and the co-authoring of The Estates of Beverly Hills (published in 1984 and re-published in 1990).

In 1993, Hyland and Rick Hilton co-founded Hilton & Hyland. The firm has prospered and grown from its original intent of a highly personalized real estate shop to the highest producing luxury boutique brokerage in the world. Hyland’s reputation as a consummate broker with a passion for architecture and estate genealogy has been a symbiotic match with Hilton’s real estate development, residential sales, hotels and commercial financing expertise.

Hyland has continued to write, publishing The Legendary Estates of Beverly Hills through Rizzoli International Publications. The definitive accounting of 45 magnificent estate properties spanning a century in time will soon be joined by a sequel. He was named “The Gatekeeper of Beverly Hills” by Town & Country and is frequently quoted in The New York Times, Los Angeles Times, London Times and Wall Street Journal. He has served as President of the Beverly Hills Board of Realtors, President of the Los Angeles County Board of Real Estate and State Director for the California Association of Realtors. He recently received the Institute of Classical Architecture and Art’s Legacy Award and The Will Rogers Real Estate Lifetime Achievement Award from the City of Beverly Hills.

Some of the fabled estates of Hyland’s youth have since slipped into the past, replaced by newer and larger properties. But consummate representation endures, furthered by forward vision and innovative technology. Passionate about philanthropy, Hyland is highly respected in his community and supports several charitable foundations. During those elusive moments of free time, he and artist wife Lori of 35 years enjoy reading, writing, horseback riding and sailing.

Designed as a partnership-driven luxury real estate portal, Haute Residence connects its affluent readers with top real estate professionals, while offering the latest in real estate news, showcasing the world’s most extraordinary residences on the market and sharing expert advice from its knowledgeable and experienced real estate partners. The invitation-only luxury real estate network, which partners with just one agent in every market, unites a distinguished collective of leading real estate agents and brokers and highlights the most extravagant properties in leading markets around the globe for affluent buyers, sellers, and real estate enthusiasts. HauteResidence.com has grown to be the number one news source for million-dollar listings, high-end residential developments, celebrity real estate, and more.

Access all of this information and more by visiting http://www.hauteresidence.com