Henry Bibby and Douglas T. Branch’s “The Addiction That Drove Me”, shares the unyielding passion of Henry Bibby that cemented his reputation in the field of basketball

Recent release “The Addiction That Drove Me” from Page Publishing author Henry Bibby and Douglas T. Branch is an in-depth recounting of Henry Bibby’s career as a basketball player that led him to fame and success in life. 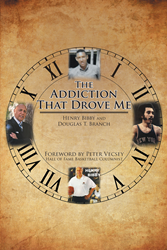 Henry Bibby and Douglas T. Branch have completed their new book “The Addiction That Drove Me”: an evoking narrative about the life and career of Henry Bibby as a dedicated and accomplished basketball player.

Authors Bibby and Branch tells of the unwavering desire to triumph in basketball as shown by Bibby’s determination as a player: “Henry Bibby has been a winner his entire life. From three consecutive NCAA men’s championships as the point guard for legendary Coach John Wooden’s UCLA Bruins, to a contributor off the bench for Red Holzman’s 1973 world championship New York Knicks, and winning a CBA title in 1989, while also leading the USC Trojans to the Elite Eight in 2001 as a head coach.

He hopes to enlighten the next generation of basketball coaches to avoid some of the pitfalls he experienced. With the coauthor, Douglas T. Branch, who came aboard on the recommendation of Hall of Fame National Basketball columnist Peter Vecsey, the pair conducted hours of interviews.

Henry cultivated a tireless work ethic growing up on the family’s modest farm in rural North Carolina and needed it, as he traversed the globe after his playing days. Coaching at basketball outposts abroad, such as Pico, Puerto Rico; Venezuela; Winnipeg; and most of the lower forty-eight, from Oklahoma City to Savannah, Georgia. He persevered partly for the love of the game and necessity.

Anyone who is a fan of the rich history of basketball will be interested to hear his thoughts on basketball, past and present, and the broaching of subjects from family to religion.”

Published by Page Publishing, Henry Bibby and Douglas T. Branch’s account reminds of the true essence of basketball as a way of life that puts warriors on the pedestal for their exceptional talent and resoluteness.

Readers who wish to experience this work can purchase “The Addiction That Drove Me” at bookstores everywhere or online at the Apple iTunes store, Amazon, Google Play, or Barnes and Noble.