Dating apps are a form of responsible dating that allow people with STDs to date amongst each other and stop the transmission of sexually transmitted diseases. 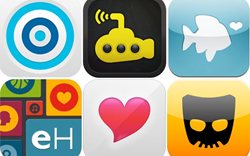 Dating Apps for People with Herpes and other STDs

According to a recent report on Wreg, it is being suggested by some that dating apps are responsible for an increase in the transmission of sexually transmitted diseases. This could not be further from the truth.

The purpose and function of STD dating apps is to provide responsible individuals living with STDs, a dating platform on which they can connect with other people who also test positive. This is the very definition of responsible dating.

STD Dating apps such as HOPE and PositiveSingles help individuals find compatible matches in love and friendship without infecting someone who does not already have a sexually transmitted disease. The spokesman of Hope commented that, “If health and government officials would do a thorough investigation, it would be revealed with clarity, the positive function of STDs dating apps. Hundreds of couples have united successfully and would not have had the opportunity to meet other individuals who test positive had it not been for these apps.”

HOPE (version 1.10) and PositiveSingles (version 4.56 ) are dating apps that help to stop the transmission of STDs by providing a powerful global dating platform for individuals with sexually transmitted diseases to date each other.