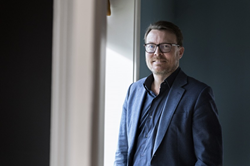 "With TechLeap.NL the Netherlands is running for European leadership in tech. Being one interconnected nation we're in a position where we can work as one unit to push the Netherlands forward together," said HRH Prince Constantijn van Oranje.

As a leading innovation nation, the Netherlands wants to play a bigger role in developing solutions for a better world and building companies that can make a positive impact on a global scale. To ensure this, the Dutch government today launched a broad package of measures and a new initiative: TechLeap.NL, a major collective effort to bolster the growth and standing of Dutch scale-ups.

2018 was a good year for the Netherlands. Amsterdam-based StartupDelta not only experienced the largest increase in the Genome Global Startup Ecosystem Ranking, rising from #19 in 2017 to #15 in 2019, it also experienced high growth in funding and startup output, as well as strong performance in Life Sciences and Deep Tech. Its position was also helped by the successful exits of Adyen (a fintech company now valued at almost $23 billion) and Elastic (a search and data company now valued at over $6 billion).

To maintain the production of billion-dollar startups, the Dutch government will make €65 million euros available for startup and scale-up policies. A list of actions also includes an adjustment of the stock option tax regime by moving the moment of taxation to the moment of disposal, the appointment of six startup liaisons in six priority international metropolitan area hubs (San Francisco/Los Angeles, New York/Boston, Singapore, Berlin, Paris and London), and a pilot for the granting of a residence permit for key personnel of a startup, originating from outside the EU.

StartupDelta becomes TechLeap.NL
In order to achieve the ambitions of becoming the best European ecosystem, the Dutch government also sees a key role for the current accelerator of the Dutch ecosystem, StartupDelta. His Royal Highness Prince Constantijn van Oranje is prepared to continue his efforts to strengthen the climate for startups and scale-ups, even after mid-2019, as an ambassador for the program under the new name of TechLeap.NL.

TechLeap.NL will focus on knowledge development about the startup ecosystem, creating new initiatives in the ecosystem and connecting top Dutch scale-ups with the best investors and programs. The emphasis will be on the themes of capital, talent and market in relation to rapid growth.

His Royal Highness Prince Constantijn van Oranje stated, "With TechLeap.NL the Netherlands is running for European leadership in tech. Being one interconnected nation we're in a position where we can work as one unit to push the Netherlands forward together”.

Mona Keijzer, State Secretary of Economic Affairs and Climate, added, “The success of the Netherlands is driven by an international culture of openness, creativity, innovation, and entrepreneurship. With this new action plan, we want to build the best ecosystem in Europe.”

About StartupDelta/TechLeap.NL
StartupDelta is working with public and private partners to strengthen and connect the Dutch startup ecosystem to help startups further realize their global growth potential. StartupDelta's ambition is to make the Netherlands the most attractive location for startups in Europe, so that innovative entrepreneurs can start, grow and internationalize faster. StartupDelta is led by Startup Envoy, His Royal Highness, Prince Constantijn van Oranje.