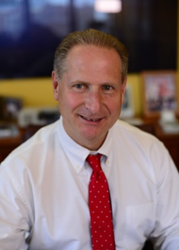 Seamen serving on any vessel in the fleet who have not been paid in full for performing their duties should take quick action to preserve their rights to file a claim.

Paul Hofmann, a maritime attorney based in New York, NY, will seek damages on behalf of several maritime employees who claim that they have not been paid for any work performed this year. According to court documents, major shipping company Bouchard Transportation Co., Inc. has benefitted from the labor of some 200 employees from January 1, 2020, to the present without issuing any compensation (1).

Bouchard Transportation Co., Inc. is a large tug and barge corporation with a fleet of over 25 tugboats and 25 petroleum barges, many of which are in operation off the coast of New York State. The complaint, which was filed on February 11, alleges that the seamen were told by the company’s payroll administrator that Bouchard would not be making the payroll payments scheduled for February 7 for any work already performed by the seamen on any vessel in its fleet performed in January 2020 (1).

After hearing that they would not be paid, some plaintiffs returning from vacation breaks have refused to report to their vessels. Some plaintiffs continue to work on their vessels out of a sense of loyalty, fear of discipline, or to retain their Coast Guard licenses and documentation. Furthermore, some were told that if they left their vessels unattended or otherwise not in compliance with Coast Guard regulations, the seamen would be subject to Coast Guard discipline (1).

In failing to make daily wage payments, plaintiffs claim that Bouchard violated their employment contracts as well as federal labor laws. Each employee is seeking the full amount of unpaid wages due to him, as well as penalty wages, fees, and attorney costs. The amount of wages owed to current plaintiffs ranges from $5,760 to $15,250, not counting any contributions to fringe benefit programs, bonuses, retirement accounts, or future opportunities (1).

Plaintiffs in the complaint hail from many different states across the nation, and are seeking class action status for the suit. If the court denies class action status, Bouchard employees have the right to retain counsel to pursue individual claims. All are hopeful that the pending legal action will allow them to recoup the money owed to them, whether or not they continue employment with the company (1).

Court documents filed by Hofmann & Schweitzer claim that Bouchard’s refusal to pay wages creates a lien for each plaintiff against the vessels on which they sailed and worked. As a result, seamen serving on any vessel in the fleet who have not been paid in full for performing their duties should take quick action to preserve their rights to file a claim. To learn how attorney Paul Hofmann can help Bouchard maritime employees, visit Hofmann & Schweitzer.

Hofmann & Schweitzer represents maritime injury victims nationwide and has won multimillion-dollar awards for its clients. Based in New York, NY, the experienced legal team fights for sailors and families seeking justice for maritime accidents, unpaid wages and benefits, and wrongful death. To learn more about the team at Hofmann & Schweitzer, visit our website or call us at 800-362-9329.