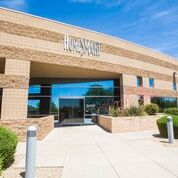 Inc. magazine revealed that HomeSmart International once again landed on its annual Inc. 5000 list, the most prestigious ranking of the nation’s fastest-growing private companies. The list represents a unique look at the most successful companies within the American economy’s most dynamic segment—its independent small businesses.

2020 marks the eighth consecutive year the real estate franchisor ranked on the list and the third year with the Inc. 5000 Hall of Fame designation for consistently being one of the fastest-growing companies across all industries in the United States. The ranking at no. 4562 represents a 69-percent three-year growth trend for the company.

“Being that this ranking is based on revenue growth, it’s astounding to see the consistent year-over-year growth HomeSmart International has had since it first qualified for the list in 2012,” said HomeSmart International CEO and Founder Matt Widdows. “We have huge plans for continued expansion across the country, so we look forward to seeing how we rank next year.”

HomeSmart International anticipates immense growth for its national network of corporate and franchise locations in the next six to twelve months through organic growth as well as mergers and acquisitions.

“As always, we feel honored and incredibly proud to be included once again on the Inc. 5000,” said HomeSmart International President Ashley Bowers. “Not only have the companies on the 2020 list been very competitive within their markets, but the list as a whole shows impressive growth compared to years prior. We’re certainly in great company.”

HomeSmart International began franchising its technology-powered 100-percent-commission real estate brokerage model in 2010. After a decade of franchising and 20 years in the brokerage business, the brand currently has nearly 19,000 agents across 31 states.