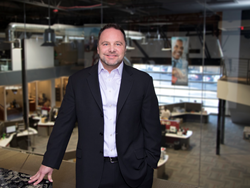 “The HomeSmart model provides agents more time and money to focus on developing their business by equipping them with technology, resources and support.” - Matt Widdows, CEO and Founder of HomeSmart International

In the first half of 2019 HomeSmart International franchises opened in New Mexico, Hawaii, Minnesota and Georgia, marking the continuation of HomeSmart’s rapid expansion into new markets. HomeSmart LLC also opened a corporate-owned brokerage in Florida.

“Expanding HomeSmart’s footprint across the country is a top priority,” said HomeSmart International Senior Vice President of Franchise Sales Bryan Brooks. “Over the last year and a half, we’ve seen franchises open in more than 20 new markets.”

HomeSmart is known for its technology focus and business system excellence. The next generation platform allows agents to earn 100 percent of their commission and franchise owners to maximize profits through transaction fees and technology systems that keep service levels high and operational expenses efficient.

“Every market we enter can benefit from the combination of our proprietary technology and our 100-percent commission offering,” said HomeSmart International Founder and CEO Matt Widdows. “The HomeSmart model provides agents more time and money to focus on developing their business by equipping them with technology, resources and support.”

HomeSmart International operates in 27 states and has four company-owned brokerages in California and Florida, as well as Colorado and Arizona where it holds the No. 1 market share in both states.