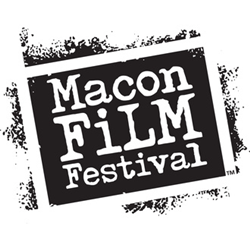 Film Festival Flix will launch a new streaming festival channel for the 15th anniversary of the Macon Film Festival. Normally held in Macon, Georgia each year, Film Festival Flix’s online digital platform will virtually present all 2020 official selections online from August 13th – August 30th. Festival Pass and Ticket holders will be able to safely watch movies and engage with the Festival from the comfort of their own homes through FilmFestivalFlix.com or the Film Festival Flix TV and mobile apps.

“The Film Festival board was in the middle of planning our 15th Anniversary year when COVID-19 hit. We knew that we needed to come up with an alternative plan so that our audience can still get the festival atmosphere with in-person events and be able to stream the creative content online," says Steven Fulbright, Macon Film Festival Board President. "We've always prided ourselves on embracing technological innovation and with this format, we can showcase great independent films and filmmakers while considering the needs and safety of our audiences."

ABOUT MACON FILM FESTIVAL (http://www.maconfilmfestival.org)Our Mission is to celebrate independent film while promoting filmmaking for entertainment, inspiration, education, and economic development. It is our vision for Central Georgia to become a destination for film. Mercer University is the presenting sponsor for the 2020 Macon Film Festival, and we have also been supported through generous grants from the Central Georgia Community Foundation, the Georgia Council for the Arts, and the Josephine Fabian Foundation.