Cathy Bryant of East Cheshire, UK is the winner of the 14th annual Wergle Flomp Humor Poetry Contest, one of the largest prizes in the world for humor poetry. Winning Writers judged Bryant's poem, "Sexual Positions for Those No Longer Young", to be the best of 4,436 entries. 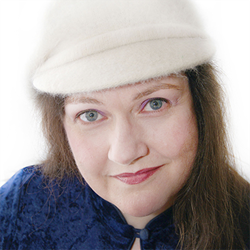 The winning poem is not so much a joke about sexual decline in middle age, as a tender tribute to the private language that gets created in a long-term partnership.

Winning Writers is pleased to announce the results from its 14th annual Wergle Flomp Humor Poetry Contest. Cathy Bryant of East Cheshire, UK won first prize and $1,000 for her comedic poem, "Sexual Positions for Those No Longer Young". 4,436 entries were received from around the world.

Jendi Reiter, final judge of the Wergle Flomp contest, said of the winning entry: "Bryant's poem met the all-important Winning Writers editors' test: Will we be quoting catchphrases from this poem across the breakfast table for years to come? 'Darling, darling, let's try—Servicing the Caravan,/Polishing the Bevelled Edge, The Newt,/The Plumber's Lunch Break, The Mothy Woollen...' The title notwithstanding, this poem wasn't so much a joke about sexual decline in middle age, as a tender tribute to the private language that gets created in a long-term partnership."

Second prize of $250 went to Susan White of Asheville, North Carolina for "English Teacher's Daughter". Reiter said: "This perfectly singable parody of Loretta Lynn's country song 'Coal Miner's Daughter' presents grammatical rules through the unfolding narrative of rural kids in tattered clothes, enjoying the freedom of the outdoors, but never forgetting 'when to say that and when to say which'. The poem keeps the original song's spirit of 'poor but proud', while turning the words around to poke fun at the type of pride to which poets are prone."

The Wergle Flomp Humor Poetry Contest is sponsored by Winning Writers. Submissions for the 2016 contest are accepted now through April 1, 2016. Entries are accepted online. There is no fee to enter. Learn more at http://www.winningwriters.com/wergle

Winning Writers was founded in 2001 to provide expert literary contest information and resources to the public. We are one of the "101 Best Websites for Writers" (Writer's Digest). We sponsor the North Street Book Prize, the Wergle Flomp Humor Poetry Contest (no fee), the Tom Howard/John H. Reid Fiction & Essay Contest, and the Tom Howard/Margaret Reid Poetry Contest. Learn more at WinningWriters.com and join our 50,000 followers on Twitter at @winningwriters.