Joe A. King, Jr., to Speak at Alabama Association for Justice Annual Convention

King, the Managing Partner of the Huntsville law firm of Morris, King & Hodge, will give a presentation on June 13 on the risk of motor vehicle accidents created by 'stale' tires. 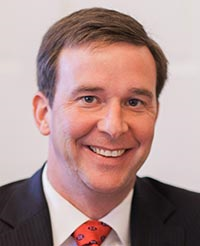 If an aged tire mounted on a vehicle traveling 70 miles per hour on a public highway suddenly fails and loses its tread, it can cause the driver to lose control of a vehicle and have an accident resulting in catastrophic injury or death.

In a presentation called, “Stale Tires,” Mr. King will discuss the factors behind the number of vehicles on the road with aged tires and the dangers they present. Mr. King’s presentation will be held on Friday, June 13, from 8 to 8:15 a.m.

Mr. King has been trying cases on behalf of injured plaintiffs or their surviving family members since 2000. This experience with successfully representing clients who have been injured in vehicle accidents has given Mr. King a keen insight into not only how to provide clients with superior representation but also an insight to the common causes of vehicle accidents and how they can be avoided.

Mr. King will discuss the roots of the problem of aged tires.

Most consumers do not understand when a tire has become so old that it should no longer be used on their vehicles, according to King. Typically, consumers examine tread depth. This is an inaccurate measure of tire wear as rubber compounds in a tire deteriorate with time regardless of tread depth, Mr. King says.

This process is called thermo-oxidative degradation. It occurs naturally over time. Heat accelerates the process, which is an issue in Alabama and other southern states, where the average temperature is relatively high.

Another problem is the proliferation of used tire dealers across Alabama, according to Mr. King. These used tires are often marketed as “like new,” but they are often poorly inspected. As a result, stale tires are sold to unsuspecting consumers, the attorney says.

Mr. King notes that a good start in determining if a tire is likely to be stale is to check the “Tire Identification Number” that is stamped on the sidewall of each tire.

Despite general agreement among members of the car and tire industries that thermo-oxidative degradation in tires does exist, the rubber industry has been lobbying against legislation requiring tires to be inspected for age, according to Mr. King.

Furthermore, despite industry knowledge of the problem of stale tires, the message has not trickled down to customer-facing tire retailers and service shops, the attorney states.

The danger of driving a vehicle with worn tires should not be minimized.

As Mr. King put it, "If an aged tire mounted on a vehicle traveling 70 miles per hour on a public highway suddenly fails and loses its tread, it can cause the driver to lose control of a vehicle and have an accident resulting in catastrophic injury or death.”