Experience performance with the leading manufacturers in gaming and racing. iBUYPOWER and TRD team up to bring performance and speed to racers, gamers and professionals alike. This several year partnership will result in joint event appearances at both NASCAR and esports events, custom TRD approved gaming PCs and co-marketing content creation. 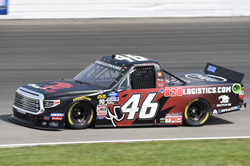 “iBUYPOWER is very excited to partner with Toyota Racing Development,” said Darren Su, Executive Vice President of iBUYPOWER. “...iBUYPOWER wants to be able to provide the TRD team with the best vehicle for off-track practice and gaming in their downtime.”

Whether on the racetrack, in the office or in an esports arena, iBUYPOWER and TRD provide users with the best in class components for success in all walks of life. “iBUYPOWER is very excited to partner with Toyota Racing Development,” said Darren Su, Executive Vice President of iBUYPOWER. “Our companies share the same desire to provide our customers with a premium product and iBUYPOWER wants to be able to provide the TRD team with the best vehicle for off-track practice and gaming in their downtime.”

“Toyota Racing Development is eager to partner with a company that has the same values of achieving excellence in producing top of the line equipment,” said Jack Irving, Senior Manager, Commercial Director of Toyota Racing Development. “iBUYPOWER has demonstrated their consumer-first mentality through their quality builds, and TRD - from our professionals to our racers - can benefit from this trustworthy performance.”

To kick off the partnership, iBUYPOWER outfitted the entire TRD team with its remastered Pro Series of workstation PCs. Designed to take on the most taxing software, these systems will allow every team member to experience unimpeded workflow productivity and increased performance. The new iBUYPOWER Pro Series will be available for the public to purchase in quarter 3 of 2019. In addition, iBUYPOWER supplied TRD with a number of gaming PCs to create an esports zone at the Toyota Performance Center in Charlotte, North Carolina. This state of the art training facility provides TRD’s NASCAR drivers with the medical, nutritional, fitness and recreational attention they need to stay at the pinnacle of performance. Now fitted with a gaming zone, TRD drivers can further develop their hand eye coordination through virtual practice, unwind after a match and fully submerge themselves in the esports culture.

Over this several year partnership, fans of iBUYPOWER and TRD can expect to see the two companies at several NASCAR races such as the UNOH 200 at Bristol Motor Speedway and the Lucas Oil 150 at ISM Raceway in the No. 51 iBUYPOWER Tundra. During esports and other local Southern California events, iBUYPOWER will arrive in style with a custom iBUYPOWER-themed Toyota Tacoma TRD Pro Truck. For more information on upcoming iBUYPOWER and TRD events, visit: https://www.ibuypower.com/TRD.

iBUYPOWER and TRD, in collaboration with Intel®, will launch a series of TRD approved systems exclusively using the latest Intel® CPU and Intel® Solid State Storage to cater to the PC enthusiast market. With the TRD approved systems, users can expect to experience top of the line performance while dominating the raceway or owning the battleground in the latest gaming craze.

Together, iBUYPOWER and TRD will produce a video series called “Room for Improvement.” This room makeover series, which will be broadcast to the iBUYPOWER YouTube channel, iBUYPOWER PC, will aim to give back to the collegiate community. During each episode, one new TRD approved iBUYPOWER system, desk and other accessories will be awarded to the winning college student. The first episode will feature one lucky winner from UC Irvine and will air at the start of September.

In addition, iBUYPOWER and TRD engineers are looking to collaborate on the production of an iconic PC case designed to deliver on both style and performance. Incorporating TRD’s race-tuned designs with iBUYPOWER’s expertise in the gaming arena, the two will explore possible innovations utilizing racing materials to create sleek lines, stunning looks and a catalyst for a new era of performance. It has not been decided if this collaboration product will be available to the public for purchase.

TRD, iBUYPOWER, and Intel plan to host a media day, in September, at the TRD training facilities in Charlotte, North Carolina. It will be live streamed on Twitch with special appearances from TRD drivers and tech influencers.

About iBUYPOWER
iBUYPOWER symbolizes several key beliefs: unity, strength, ambition, and perseverance. These are fundamental attributes of life inside and outside of gaming. You need them all to win. Leading the pack, iBUYPOWER is gaming, defined.

Since 1999, iBUYPOWER has been delivering on its promise to build the best gaming systems for the most discerning gamers. Even in a time when PCs were not as ubiquitous as they are today, we fueled the passion for gaming by giving our customers the highest quality in custom built computers. Our systems have since become the backbone for professional gamers, game developers, LAN centers, major Esports tournaments, and everyday consumers. iBUYPOWER has worked intimately with brands such as Intel, NVIDIA, AMD, Microsoft, WD, ASUS, Bethesda, MLG, and many more. Superior performance, reliability, cutting edge technology, and timely production make iBUYPOWER the authority in PC gaming.

About Toyota
Toyota (NYSE:TM) has been a part of the cultural fabric in the U.S. and North America for more than 60 years, and is committed to advancing sustainable, next-generation mobility through our Toyota and Lexus brands. During that time, Toyota has created a tremendous value chain as our teams have contributed to world-class design, engineering, and assembly of more than 38 million cars and trucks in North America, where we have 14 manufacturing plants, 15 including our joint venture in Alabama (10 in the U.S.), and directly employ more than 47,000 people (over 36,000 in the U.S.). Our 1,800 North American dealerships (nearly 1,500 in the U.S.) sold 2.8 million cars and trucks (2.4 million in the U.S.) in 2018.