IFA Elects 5 New Members To Its Board Of Directors

The International Franchise Association (IFA) today announced the election of five franchise business professionals to join its Board of Directors. 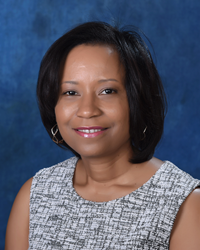 The International Franchise Association (IFA) today announced the election of five franchise business professionals to join its Board of Directors. The new board members are drawn from a world class set of franchisors and franchisees. IFA Chair and CEO of FASTSIGNS International Catherine Monson, CFE, said, “These new board members add diversity of thought and experience to the IFA Board of Directors. I am pleased to welcome this group of qualified individuals to the IFA Board, and excited to work with them as we continue to protect and strengthen the franchise business model.”

IFA’s CEO and President Robert Cresanti, CFE, added, “These new IFA Board members know franchising and its beneficial impact on local communities. As a group, they represent a broad cross-section of our business model.  The passion and commitment of these dedicated new board members dovetails with our mission to educate policymakers and the wider public about franchising’s unique ability to create greater access to business ownership for all Americans.” The IFA Board recently voted to expand the overall size of its Board of Directors to better pursue its mission and priorities. The newly elected board members assumed their positions on January 1, 2021.

The new IFA directors are:

About the International Franchise Association

Celebrating 60 years of excellence, education, and advocacy, the International Franchise Association is the worlds oldest and largest organization representing franchising worldwide. IFA works through its government relations and public policy, media relations and educational programs to protect, enhance and promote franchising and the more than 733,000 franchise establishments that support nearly 8.4 million direct jobs, $787.5 billion of economic output for the U.S. economy and 3 percent of the Gross Domestic Product (GDP). IFA members include franchise companies in over 300 different business format categories, individual franchisees, and companies that support the industry in marketing, law, technology, and business development.