“The Unknowable God” from Christian Faith Publishing author Ignacio L. Götz is a product of careful scholarship that will have its readers taking a more in-depth look into the notions of the God of Christianity. 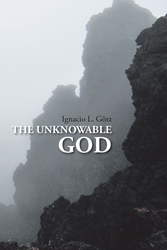 “The Unknowable God”: a nontraditional take on the most basic and central of Christian doctrines. “The Unknowable God” is the creation of published author Ignacio L. Götz, an ordained priest, prolific author, and former teacher at Hofstra University.

Götz shares, “Most contemporary Christians are polytheists. They believe in many gods—unawares, of course. There is a Father-god, depicted old and white-haired; there is a Son-god, middle-aged, identified with Jesus of Nazareth; and there is a Spirit-god, symbolized by a dove. Many artists have depicted this trinity, like El Greco, who painted his ‘The Trinity’ in 1578. These three gods are believed to constitute only one divinity, but very few ordinary Christians could explain how this could be the case. This plurality of gods is the reason why Christianity is reviled by Jews and Muslims who affirm steadfastly the unicity of God and who ban any pictorial representation of the divinity.

“The very first Christians, the family and friends of Jesus, who were Jews, would not have held such a pagan belief, but their writings were destroyed by later adherents, so we lack the evidence to prove this.
“Christians claim that the Trinity has been revealed, but the fact is that such revelation is disproved by science and philosophy. So why not transcend this trinity in a contemplation of the One Unknowable God of all? Why not learn to live without knowing what God is, being satisfied with the belief that God is neither male nor female, neither triad nor monad, but simply the Divine Incognito?”

Published by Christian Faith Publishing, Ignacio L. Götz’s new book is a genuine attempt to expound on the nature of God in a manner that is factual and evidence based. Using both the biblical text and the writings of the ancient church fathers, the author endeavors to challenge the traditionally established concepts of the Christian faith.

View a synopsis of “The Unknowable God” on YouTube.

Consumers can purchase “The Unknowable God” at traditional brick & mortar bookstores, or online at Amazon.com, Apple iTunes store, or Barnes and Noble.

For additional information or inquiries about “The Unknowable God,” contact the Christian Faith Publishing media department at 866-554-0919.