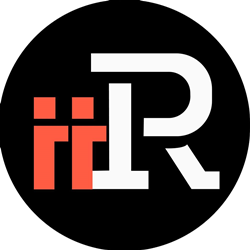 iiRcade Inc., the ultimate connected arcade machine for gamers of all ages to own and play their favorite retro and modern arcade games at home, is pleased to announce that Asdivine Dios and Tears Revolude, two officially licensed Japanese Role Playing Games from KEMCO, are coming to iiRcade.

Both Asdivine Dios and Tears Revolude will be available on the ever-expanding iiRcade store at launch. The store features a growing library of 200+ licensed modern and retro games, both online and offline.

Asdivine Dios is one of the famous installments in the widely popular "Asdivine" series, in which the player takes up the role of a deity in an effort to solve the mystery behind a growing spate of disturbances affecting the balance of the world. In addition to its rich story, evolved graphic expressions and battle voices further allow players to immerse themselves in the world of Asdivine like never before.

In Tears Revolude, Sion and Michelle go to search a location related to the uniquely famous artist Orwiel in search of his final works. There they find themselves faced with a strange creature and a girl with no memory, Liara. The two depart on a journey with the girl in order to find her memories. Featuring 3D mapping and gorgeous battle animations, this classic-style command-based RPG is both easy to understand and play.

“KEMCO is very well known for their Japanese RPGs and we’re very excited to bring Asdivine Dios and Tears Revolude to the iiRcade platform,” said Jong Shin, founder & CEO of iiRcade. “iiRcade fans of RPGs will love both of these great games.”

Unlike other arcade devices, iiRcade is not limited to a few pre-loaded games, new games can be purchased and downloaded via the iiRcade store and software upgrades will also be made available to the platform.

In addition to the original design, iiRcade is also available in two premium versions, Dragon’s Lair Edition with Dragon’s Lair cabinet graphics and Black Edition that enables users to design his/her own cabinet graphics and comes with officially licensed Double Dragon stickers that can be put onto the cabinet as a free gift. Both premium versions come with upgraded 128GB storage memory and original Sanwa joysticks.

About iiRcade
iiRcade is the ultimate connected arcade product for your home. Created by gamers for gamers, iiRcade integrates solutions that us gamers have always dreamed of. Immersive arcade gaming for home, legally licensed games with the real arcade experiences that we grew up with, not having to purchase more cabinets every time we want a new arcade game, small enough for homes yet big enough for comfortable game playing, never-before-seen experiences, affordable arcade gaming. iiRcade provides the ultimate arcade solution that enables anyone to own the entire arcade at home.