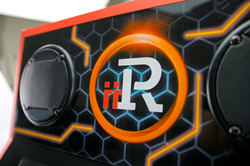 It’s a great honor to partner with such an iconic video game brand in SEGA,

iiRcade, Inc. the ultimate connected arcade machine that allows gamers of all ages to own and play their favorite retro and modern arcade games at home that’s currently available for pre-order on Kickstarter, is pleased to announce a strategic partnership with SEGA.

The partnership will bring seven SEGA titles to the home arcade, which will be available to purchase through the iiRcade game store. The titles include: Shadow Dancer, Space Harrier, Cyber Police ESWAT, Congo Bongo, Alien Storm, Crack Down and Bonanza Bros.

“It’s a great honor to partner with such an iconic video game brand in SEGA,” said Jong Shin, founder & CEO of iiRcade. “These classic titles from SEGA will bring back a lot of memories of gaming in the eighties and early nineties.”

More details on the SEGA titles coming to iiRcade:

Shadow Dancer: A side-scrolling arcade action game from 1989, it’s the second and the final arcade game in the Shinobi series, following the original Shinobi itself. The Player controls a ninja aided by an attack dog, who is fighting to save the city from a terrorist organization.

Space Harrier: Released in 1985, this rail shooter is a fast-paced game played in a third-person perspective behind the protagonist. The game is set in a surreal world composed of brightly colored landscapes adorned with checkerboard-style grounds and stationary objects such as trees or stone pillars.

Congo Bongo: A isometric platform arcade game from 1983, the player takes the role of a red-nosed safari hunter who tries to catch an ape named Bongo. The hunter seeks Bongo to exact revenge for an apparent practical joke in which Bongo set fire to the hunter's tent, giving him a literal "hot foot."

Alien Storm: A side-scrolling beat 'em up shooter arcade game released in 1990. The player selects from the three different playable characters (a man, a woman, and a novelty character) to embark upon a quest to save the Earth from an alien invasion.

Crack Down: A 1989 run and gun arcade game. Using a top-down perspective, the player controls either Ben or Andy, a pair of agents charged with stopping mad scientist Mr. X from taking over the world. As they make their way through several timed levels, planting bombs and destroying cyborg enemies using guns and smart bombs, the goal of each stage is to plant all of the bombs and escape before their collective timer goes off.

Bonanza Bros.: A 3D-style, 2D shooter arcade game from 1990 where players take the role of one, or both, of the brothers Robo (1P, red) and Mobo (2P, blue). The object of the game is to travel stealthily around each building while avoiding guards, retrieve several objects within a time limit, and move to the roof where a blimp is expecting the player with the loot.

iiRcade is currently live on Kickstarter with pre-orders and early bird special available until August 7th. The ultimate home arcade product provides gamers with their favorite officially licensed modern and retro games. Unlike other arcade devices, iiRcade is not limited to a few pre-loaded games, new games can be purchased and downloaded through the online game store and software upgrades will be made available to the platform.

For more information and to pre-order iiRcade, visit the crowdfunding page on Kickstarter.