With the holidays fast-approaching, many people put on weight this time of year, and then resolve to lose weight in the New Year. 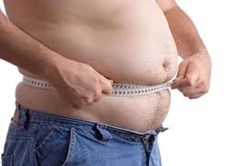 The In View series will look at weight-loss goals and programs that help people get into better shape.

This time of year, with holiday gatherings and celebrations, many people gain weight. We want to highlight ways people can lose weight and live healthier. - an In View series producer