The In View series hosted by Larry King reviews interesting topics and stories throughout American society. 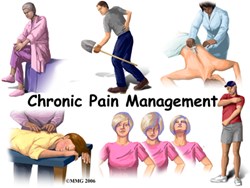 We want to show viewers advances in the treatment of acute pain and chronic pain. - an In View series producer

TiVo has changed the way people in America and around the globe watch television. Although many people continue to tune into watch TV programs when they first air, millions more Americans use TiVo to record television programs when they cannot catch them at their original air times, allowing them to watch shows at their own convenience. If someone knows that he or she will have to work late or fulfill other obligations, he or she can set his or her TiVo to record the TV shows or shows that he or she would otherwise watch.

The production team of In View hosted by Larry King (561-279-3550) discovers intriguing and timely topics and stories across Canada and America to present on the In View TV series. Associate producer Courtney Lovejoy, senior associate producer Joel Walters and associate producer Diane Shandler bring stories about medical professionals, business leaders and educators to TV audiences across the United States. The In View series Larry King television program airs on major cable outlets, including the Discovery Channel.