The popular program will cover innovations in the field that are keeping people safer. 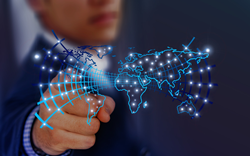 AI can increase safety by taking humans out of positions that may be dangerous or could be better managed by a computer.

Laurence Fishburne (https://en.wikipedia.org/wiki/Laurence_Fishburne) is recognized around the world for his roles as Jason “Furious” Styles in the 1991 drama “Boyz n the Hood” and as “The Bowery King” in the “John Wick (2014-2019)” film series. The film star has been making cinema debuts for decades. Lately, Fishburne also hosts the educational show “In Depth”. The television program enlightens its viewing audience about a wide array of topics that impact people living around the world today. Soon the program will discuss the use of AI in national security on an upcoming episode.

Artificial Intelligence has been available since the 1950s and has seen widespread use from digital personal assistants in smart devices to online radios. Now the technology is utilized for security purposes, which includes national security.

AI can identify threats, such as cyber threats, without the need for human intervention. The tech can detect threats like viruses and malware by using algorithms to detect pattern recognition. Also, AI is often utilized by the military for piloting drones. Using AI in place of soldiers removes the human element, which can help keep people safe.

Artificial Intelligence continues to concern some consumers who are unaware of the modalities in which it is being utilized. However, AI can increase safety by taking humans out of positions that may be dangerous or could be better managed by a computer. Additional details about using AI for national security will be in the new episode of “In Depth.”

“In Depth” with Laurence Fishburne is carefully reviewed before broadcast to a public viewing audience. The informational show has accepted several awards for its efforts.