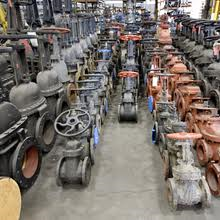 Having expertise with valves, experience and a strong network will help Industrial Surplus World to become the nation leader in valve buying and selling.

Industrial Surplus World is expanding rapidly and is aggressively buying inventory nationwide. All equipment will be considered. This includes valves, generators, transformers, circuit breakers, electrical equipment, electrical wire, boat equipment and more. All amounts will be considered, both small quantities and large quantities. With the rapid growth and the strong need for inventory, Industrial Surplus World has launched a nationwide buying frenzy to acquire equipment.

The addition of nearly 200,000 square foot of land for the Valve Division at its new location in Houston, Texas indicates the growth potential and the need for inventory at this location. It is the very reason that Industrial Surplus World have established a relationship with Cameron International for valves. But, there is also a need for other products such as Allen Bradley Circuit Breakers, General Electric Transformers, Diesel Generators, Chillers, Vacuum Pumps, Actuators, and more. Industrial Surplus World need all equipment to fill this new warehouse.

Industrial Surplus World began more than 25 years ago in Houston, Texas by Gino Parker. Gino and his company have a great amount of experience and expertise in this field of industrial valves. In addition, Gino is experienced with all used and surplus equipment, scrap metal, and demolition services.