Insticator Announces the Appointment of Tony Coelho to its Advisory Board 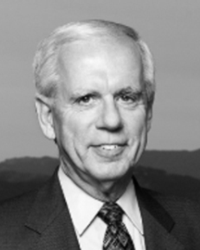 I am particularly excited to join Zack and his team of dedicated, enthusiastic and passionate entrepreneurs on Insticator’s Advisory Board,” said Mr. Coelho. “I look forward to working together to ensure a bright future for the company.

Insticator, a global leader in engagement and revenue solutions for publishers, today announced the appointment of former U.S. Congressman Tony Coelho to its Advisory Board.

Founder and CEO Zack Dugow said, "We are thrilled to have Tony join our Advisory Board. He has always been a champion of change and advocating for those who need support, which is core to Insticator's values.” He added, “His decades of business and leadership experience will prove valuable to the Insticator team as we evolve during this time of growth. We are excited for Tony to bring his wisdom and experience to our team.”

“I am particularly excited to join Zack and his team of dedicated, enthusiastic and passionate entrepreneurs on Insticator’s Advisory Board,” said Mr. Coelho. “I look forward to working together to ensure a bright future for the company.”

Mr. Coelho was elected to the U.S. House of Representatives representing California’s 15th district in 1978. He was re-elected to five consecutive Congresses, serving as House Majority Whip in his last term. As a member of the Agriculture, Interior, Veterans Affairs, and Administration Committees, Mr. Coelho was a champion in pursuing the rights of disabled Americans. He was also a member of the Congressional Hispanic Caucus.

Mr. Coelho is credited as Congress’ primary sponsor of the landmark Americans with Disabilities Act (ADA), which was signed into law by President George H.W. Bush in 1990.

Since 1997, Mr. Coelho has worked independently as a business and political consultant. He also served as Chairman of the President's Committee on Employment of People with Disabilities from 1994 to 2001, after previously serving as Chairman of the Board of the Epilepsy Foundation.

About Insticator
Insticator is the global leader in increasing engagement for Publishers through interactive content and community building. Our suite of engagement products empowers Publishers and Users alike to amplify their voices and express their opinions in safe, interactive environments. From our human-moderated Commenting Unit that facilitates healthy, respectful discourse, to our Content Engagement Unit that enables audiences to share their opinions and interact with content that speaks directly to them, Insticator reaches over 350 million consumers monthly across our vast network of premium publishing partners including Ancestry, WebMD, Fox Sports, RealClear Media Group, Newsmax, and more. Based in New York, Insticator’s global footprint spans the US, Canada, India, the Philippines, Ukraine, and the UK. Visit insticator.com to learn more.