Compare-autoinsurance.org has launched a new guide that explains if hit and run accidents are covered by car insurance. 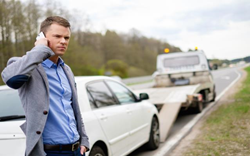 “Not all drivers are willing to remain in the scene of an accident and exchange insurance information. Drivers involved in hit-and-run accidents, should call the police as soon as possible and provide details about the other driver that left the scene”, said Russell Rabichev, Marketing Director

Compare-autoinsurance.org has launched a new blog post that presents which car insurance policies cover a hit-and-run accident and what drivers should do in these cases.

On most occasions, in the event of a car accident, both drivers typically pull over and exchange insurance information as a means of resolving the situation. However, there are some situations where the other person drives away from the scene. Hit-and-run accidents are quite common. On average, there are about 682,000 reported hit-and-run crashes every year.

In the event of a hit-and-run accident, the policyholder will be reimbursed only if he carries one of the following coverages:

Drivers involved in hit-and-run accidents should follow the next steps:

Compare-autoinsurance.org is an online provider of life, home, health, and auto insurance quotes. This website is unique because it does not simply stick to one kind of insurance provider, but brings the clients the best deals from many different online insurance carriers. In this way, clients have access to offers from multiple carriers all in one place: this website. On this site, customers have access to quotes for insurance plans from various agencies, such as local or nationwide agencies, brand names insurance companies, etc.