IntelliSee™️ has announced the beta release of its AI-powered risk mitigation platform, which will help organizations with video monitoring systems autonomously scan their surveillance footage in real time for threats that put people at risk. 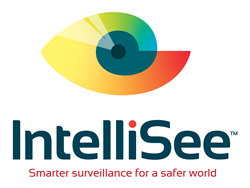 With IntelliSee, an existing surveillance system can be used to prevent incidents through proactive intervention and to mitigate severities through dramatically faster responses. That’s why we refer to IntelliSee as ‘smarter surveillance.’ It can truly help make the world a safer place.

IntelliSee works by monitoring live surveillance feeds for threats to human safety, including spills and other slip and fall hazards, drawn weapons, fallen persons, trespassers, no-shows/missing persons and more. Once identified, the platform instantaneously validates threats to prevent false alarms and sends context-rich alerts to the people and systems that can take action—improving response times, and in some scenarios, preventing incidents altogether.

“Most organizations don’t monitor surveillance in real time. Rather, it’s used passively to review what went wrong after something already occurred. Those that do live monitor surveillance feeds struggle with screen fatigue as people search for needles in a big haystack of screens,” said IntelliSee CEO, Scott Keplinger. “These personnel could be put to better use responding to incidents—not just searching for them.”

According to Keplinger, IntelliSee is looking to change the status-quo by enabling organizations to use their surveillance proactively. “With IntelliSee, an existing surveillance system can be used to prevent incidents through proactive intervention and to mitigate severities through dramatically faster responses. That’s why we refer to IntelliSee as ‘smarter surveillance.’ It can truly help make the world a safer place.”

Much of the AI technology powering IntelliSee was originally developed at the University of Iowa Technology Institute (ITI) in partnership with the U.S. Department of Defense. ITI Director and firm co-founder, Dr. Karim Malek, saw its potential in the public sector, and along with a team of experts, he secured the exclusive intellectual property rights to develop a solution that could be used by schools, hospitals, retail stores or any organization with a camera-based surveillance system.

“Technology is always advancing, and artificial intelligence is an area of tremendous growth,” said Malek. “I’m in the fortunate position to help drive innovation and it’s not always clear how a break-through can be applied. With IntelliSee, the ability to make the world a safer place was clear. With all the threats out there and as a parent, I felt we really had an obligation to bring these capabilities to others.”

“Our goal is simple—make the world a safer place using the power of artificial intelligence,” said Dr. Ferguson. “I joined the effort given this mission and the virtually limitless applications for our technologies. I view this as a tremendous opportunity to drive innovation into an industry that already helps organizations and our communities be safer. Most organizations now understand that keeping people safe also makes financial sense.”

After forming and building initial prototypes, MTTI was capitalized in late 2019 by Asymmetria Group, an investment platform based in Iowa. In February 2020, Keplinger—also a co-founder of Asymmetria—joined MTTI as CEO.

“The human impact, sheer amounts paid in claims, and current spends on security showed the market need for smarter solutions, so we were intrigued,” said Keplinger. “As we explored the opportunity, we were incredibly impressed with the technology, the team and the mission—the only piece missing was the capital. In fact, I was so impressed I joined the effort, and we’re getting industry experts to join given the collective passion for our mission.”

Keplinger continued, “IntelliSee is our first in-market product with several risk modules already available. This platform will continue to expand as we look for new ways to enhance safety.”

Pre-beta versions of IntelliSee have been operating in live environments for several months. The beta release will expand that to a larger number of locations, environments and distribution partners leveraging this new capability. Production releases are anticipated to initiate in Q4.

For more information on IntelliSee or the technology that powers it, visit IntelliSee.com.

IntelliSee is an AI risk mitigation platform helping businesses, schools, hospitals, and more strengthen their approach to organizational safety. Enabled by proprietary advances in artificial intelligence and machine learning developed for the U.S. Department of Defense, IntelliSee’s capabilities improve both risk detection and response. Through research and development in partnership with the Iowa Technology Institute, the IntelliSee platform continues to expand and evolve. Learn more about its growing capabilities and see how IntelliSee is providing Smarter Surveillance for A Safer World at IntelliSee.com.